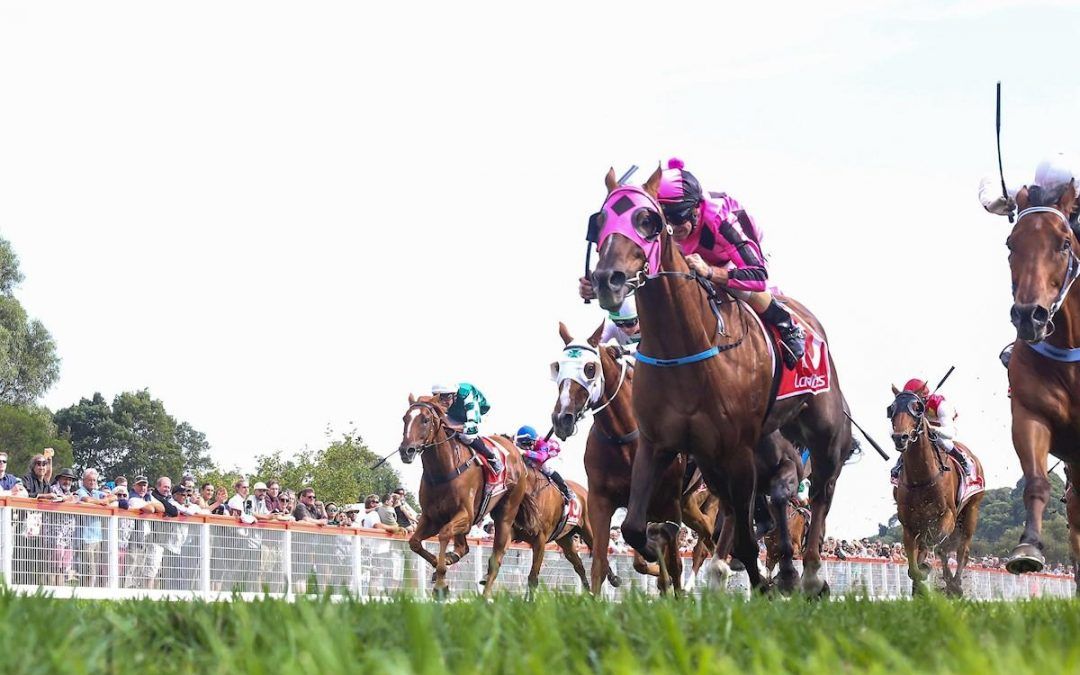 Prince Ziggy elevated his reputation as one of the most improved gallopers in Australia with a tenacious win in Sunday’s Stony Creek Cup.

Showing his trademark courage under pressure in the home straight he edged out country cup specialist Brigadier in a photo finish, bolstering his career earnings to more than $200,000.

It was Prince Ziggy’s sixth win for the season and cemented his place one win clear on the Victorian horse premiership.

Amazingly that less than six months ago Prince Ziggy was battling to win a 0-58 class bush race, being just content to jog around midfield with the rest of the runners.

That was until last spring when new aggressive riding tactics were activated, and he has transformed from easy beat to the one to beat.

Consecutive BM58 wins at Wangaratta and Avoca got the ball rolling and the tough little bay son of Monaco Consul hasn’t looked back.

His third win for the campaign followed at Wodonga on November 30 and then he backed it up with a Moonee Valley win in December and a Sandown victory two starts later in January.

Prince Ziggy has had 18 starts since his campaign started at Warrnambool at the end of March last year but despite the long journey, he has shown no signs of being leg weary.

Twice over summer he went down fighting in photo finishes at Flemington to the Melbourne Cup-bound Schabau, so it was no surprise to see him start at a short price at Stony Creek.

“We had him at Flemington on Saturday but after looking at the acceptances the Stony Creek Cup looked the better race for him, but he was the emergency,” trainer Jamie Edwards said.

“Fortunately, there was a cup scratching Saturday morning and we got a run.”

Prince Ziggy was solid in betting at $2.50 before drifting to $2.70 after heavy support for another Monaco Consul gelding, Mr Monaco ($2.10).

Ridden by Craig Robertson, “Ziggy” was caught three-wide early before getting the perfect one-one trail in third place.

Into the straight, the five-year-old narrowly headed the pacemaker Brigadier, but he needed another effort to get his head back in front after the cup specialist regained the lead near 50 metres.

Noumea finished a length away third and Mr Monaco was a close fourth.

Remarkably Prince Ziggy has raced 18 times since kicking off his campaign at the end of March last year.

His 13 starts this season have included three seconds and two thirds to go with his six wins.

“There is not a tougher horse in the stable,” said Jamie who purchased the chestnut as a yearling for $16,000.

“I’m always looking for a reason to spell but I can’t find one.

“He’s racing so well, and he is loving his work, so it is hard to stop him.”