“Ziggy” notches up another Cup win 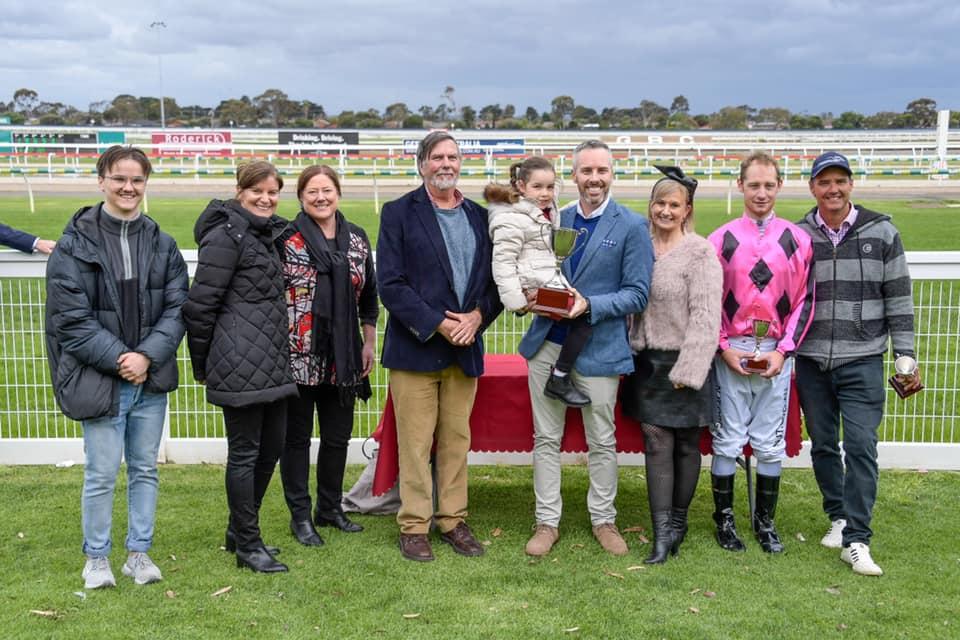 Tenacious galloper Prince Ziggy added a second cup victory to his growing list of wins when he scored at Geelong on Saturday.

Second up from a spell, the son of Monaco Consul was ridden on the pace in the Ballan Cup (1500m) and burst to a winning lead early in the home straight.

Matthew Williams-trained Paremuus Boy made some ground from the back to finish second 1-3/4 lengths away ahead of the Waterhouse-Bott trained Scholarly 2-1/4 lengths further astern in third.

Prince Ziggy has now won eight of his 39 starts including the Stony Creek Cup (2100m) in March this year and has career earnings of $271,577.

Trainer Jamie Edwards was confident of a big run from Prince Ziggy after he finished within four lengths of Harbour Views when resuming on Geelong Cup Day.

“He got back first-up at Geelong which didn’t suit but he still ran well,” Jamie said.

“We wanted him up on the speed today where he races best, and Jack Hill carried out the plan and had him second outside the leader.

“Obviously he is a better horse over more ground, but we deliberately kept a bit of speed in him for the 1500m second-up and it has worked out well.”

Prince Ziggy is the second Ballan Cup winner for Emsley Lodge after London Fog’s success in 2016.

The six-year-old had a break out year last season winning six races and was a dual city winner at Moonee Valley and Sandown.

Significantly, five of Prince Ziggy’s eight wins have between 2000m and 2100m and twice last summer he went within a neck of

winning over 2000 metres at Flemington. He also finished third in the Stawell Cup in April.

“He’s tough on pace type of horse and I think he is in for another good campaign,” Jamie said.