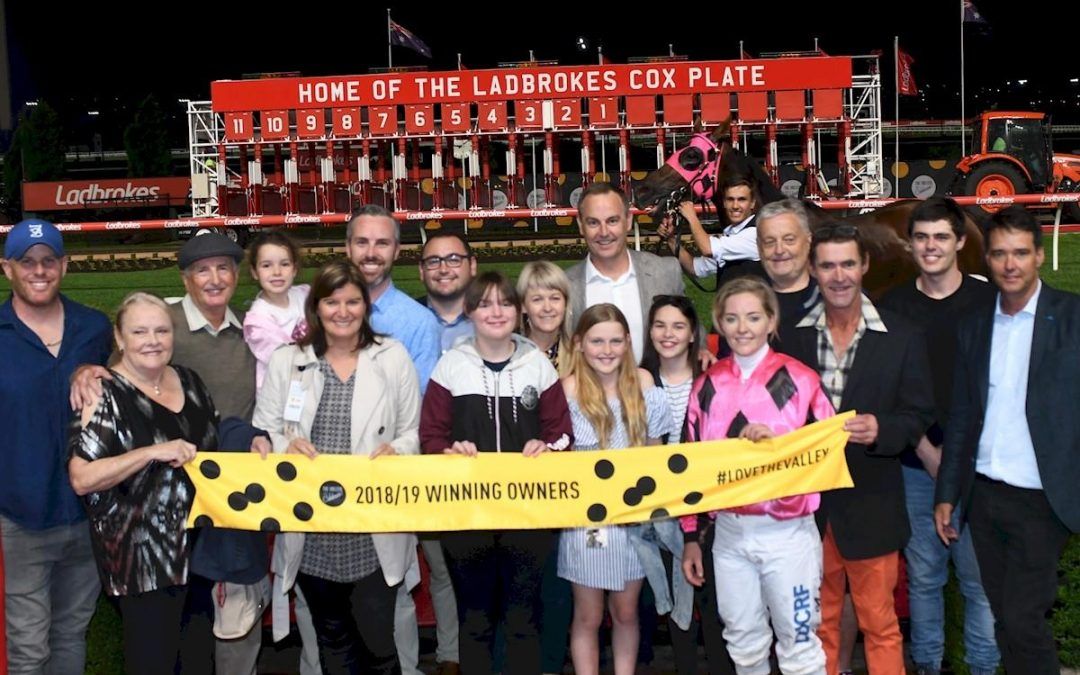 The five-year-old, who was balloted from a Valley race last month, needed to improve his credentials and his Wodonga victory on November 30 gave him the prizemoney lift he needed.

“He deserved his chance in town and it was just a matter of getting run with him,” Jamie said.

“He needed to get some extra prizemoney which he got at Wodonga and this looked the right race for him.

“Two starts ago he was narrowly beaten in a BM70 so going to the Valley in a BM64 with a three-kilo claim he was always going to be hard to beat.”.

Prince Ziggy, whose career earnings now stand at $107,677, has won four of his last six starts and is in career-best form after winning once in his first 23 starts.

Jamie said the key had been a change this campaign to the five-year-old’s racing style which has seen him race near the lead.

“Since we have been kicking him out and being aggressive on him early, he is a completely different horse,” Jamie said.

Apprentice Chelsea MacFarlane jumped on Prince Ziggy for the first time and gave him the run of the race in third place on the rail, although she was hoping to be racing off the fence to ensure an uninterrupted run.

“I was a bit worried about getting held up when they pushed me to the rail and they were making me work but the horse was on his game,” Chelsea said.

With the leader Cleo’s Poet skipping two lengths clear at the 400 metres, Prince Ziggy got the room he needed and chased strongly.

Backed from $5.50 to $4.40, the son of Monaco Consul had the leader covered approaching the 100 metres and drew away to win by 1-3/4 lengths to the cheers of many of excited owners on track to witness the win.