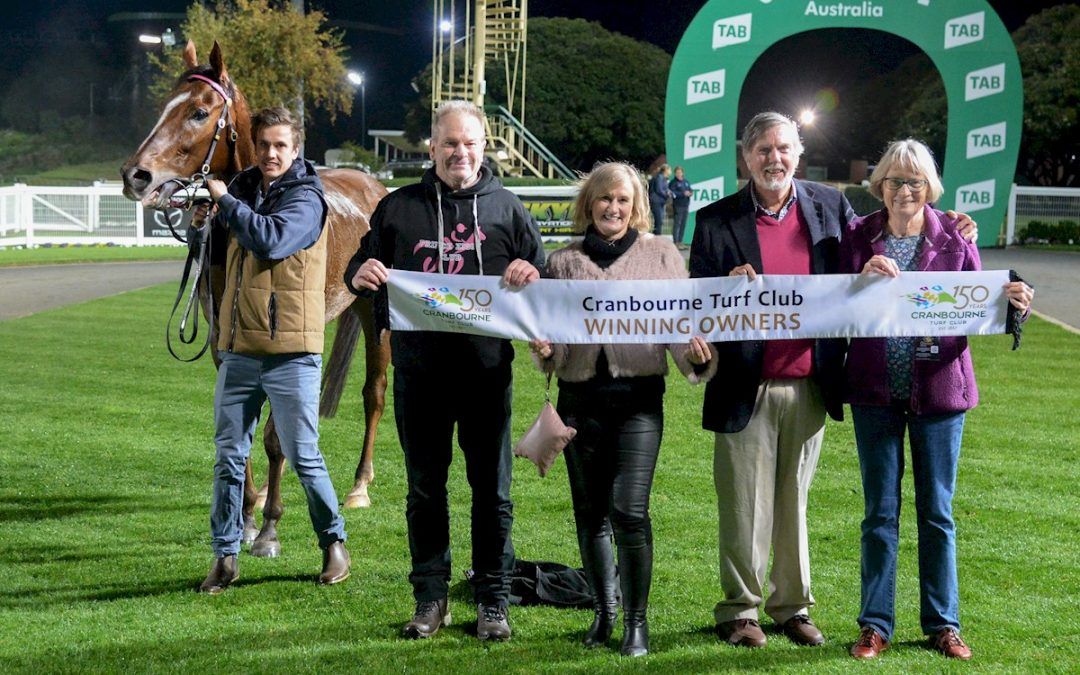 With a daring ride from in-form jockey Zac Spain, the eight-year-old boosted his prizemoney earnings above $500,000 with a memorable 11th career win in the 2580-metre feature under lights.

Zac threw caution to the wind with a decisive move in a slowly run race at the 1200 metres, taking Prince Ziggy to the lead and banking on the gelding’s trademark courage to prevail.

When the pressure came on at the 600 metres, the gelding answered an ominous challenge from Heir To The Throne and after a two-horse war to the home turn “Ziggy” surged away to a winning break entering the straight.

Favourite Redsong ran on strongly from near last but he was no match for Prince Ziggy who under hands and heels riding in the closing stages scored by three lengths from the backmarker, with Heir To the Throne another 1-1/2 lengths away third.

Stablemate Young Hostess got held up in running and finished fourth.

Prince Ziggy has been a stable favourite for a long time and he is only the second horse to earn more than $500,000 for trainer Jamie Edwards after Sertorius who won 10 races and $1,275,622.

Only Sand Belt and Straight Legs (12 wins each) have won more races Than Prince Ziggy for the stable.

“He’s an absolute ripper,” said Jamie who selected the son of Monaco Consul as a yearling in February 2015.

Jamie commended Zac for his ride which attracted accolades from racing commentators.

“It was gutsy to make a move a long way out at the 1200-metre mark but he summed up the race perfectly and put him out of trouble,” Jamie said.

“He was off and gone when the others were being held up and won easily.”

Zac said he got in to a beautiful spot early but when the tempo came out of the race he decided to go.

“I just kept him happy and free rolling,” Zac said

“When he felt the pressure he really picked up and from the half mile he was never going to get beaten.”