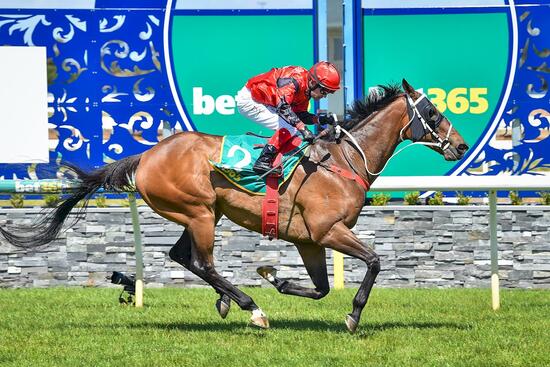 Veteran galloper Young Douro will finish his racing career in Darwin after making a fairy-tale exit from Emsley Lodge with an all the way win at Geelong on Friday.

Jockey Dean Yendall made every post a winner on the eight-year-old who was solidly backed to start third favourite at $4.20.

The win was his sixth in 29 starts but his record almost certainly would have been more imposing had he not broken a pedal bone in his foot early last year.

There was a big doubt he would ever race again but after 18 months off the scene and after a lot of love and care, he kicked off his career in July this year.

“He had a big injury which took a long recovery time and it’s very satisfying to see him win again.

His last win was at Colac in December two years ago.

“He’s been ticking over since July and it has just taken him a while to fins his best form again,” Jamie said,

A photo finish went against him when second at Benalla on October 8 and two starts ago was gallant third at Wangaratta on November 4.

He had no luck from a wide gate last start at Bendigo and couldn’t get into his normal front running role.

“He’s one of those horses you just love to have in the stable,” Jamie said.

“He will run through a brick wall for you, he’s hard and tough, always tries his best and can hold up for long preparations.

“We are just rapt he finished on a high with us and we are excited to see what he can do in Darwin.

“Being an aggressive on-speed horse, he will be really suited up there and I’m sure provide a lot of fun for Brian McKane’s family and the other owners.”