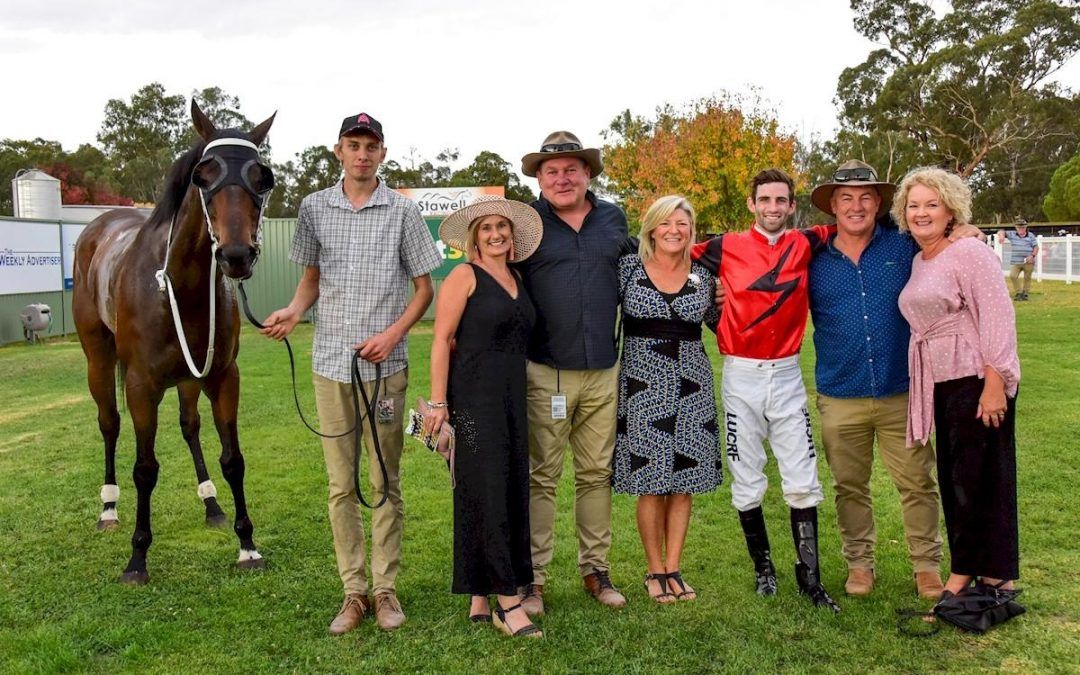 Young Douro led and dictated the pace to the home turn but gave his supporters a scare when Fight For Victory loomed up and headed him into the straight.

The five-year-old son of De Beers was a half-length behind passing the 200m but responded to Noonan’s desperate riding to get up on the line, millimetres ahead of Fight for Victory.

“I was screaming and throwing the kitchen sink at him, but I wasn’t sure he got there,” said Jake who has a perfect record on Young Douro after winning on him at his debut at Ararat in February last year.

“When I put him to the sword he really toughed it out today.”

Trainer Jamie Edwards was among those watching who thought Young Douro was beaten turning for home.

“He was travelling beautifully and then the second horse moved up and around him and I thought Jake had missed the boat,” Jamie said.

The very narrow margin gave Young Douro his second win from his last three starts, with his consistency attributed to blinkers.

He wore them for the first time when he scored at Edenhope on March 9 and next start held on well for third at Hamilton.

“He was going nowhere a couple of months ago, but we blinkered him up and rode him pretty aggressively and it’s turned his racing career right around,” Jamie said.

Jamie said the stable was honoured to win Sunday’s race which was named after former Stawell strapper Todd Duns who was 19-years-old when he passed away 10 years ago.