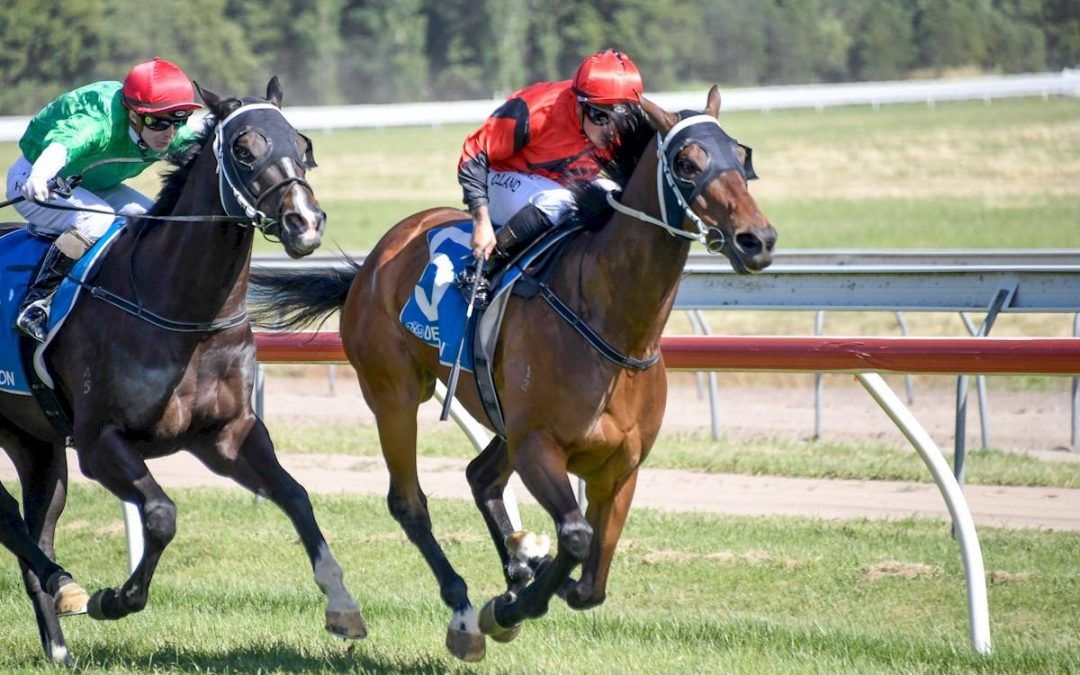 Six-year-old Young Douro gave his connections an early Christmas present when he led all the way to score at Colac on Saturday.

First-up from a spell, Young Douro posted his fourth win for the year in the Colac Herald BM64 Hcp (1100m).

Ridden by Dean Holland, he opened up a 2-1/2 length lead in the middle stages of the race before dashing to a three to four-length lead early in the straight.

“He went pretty hard in front and was entitled to carve up but to his credit he kept running and held them off to win well,” trainer Jamie Edwards said.

“He looks a stronger horse this campaign and while we expected him to run well fresh, that run will help bring him to his peak.”

Young Douro ($12) paid $17.60 on the tote after he held off late challenges from Fabian’s Spirit and Toff Love to score by a neck.

The son of De Beers is a much-improved horse since wearing blinkers and has won four of his last eight starts.

Young Douro wore the shades for the first time when he scored at Edenhope on March 9 and posted other wins at Stawell in April and Casterton in May.

“Judging by his Colac win he is in for another good campaign,” Jamie said.

Inastride and Humzz were the 2018 stable winners at the meeting.