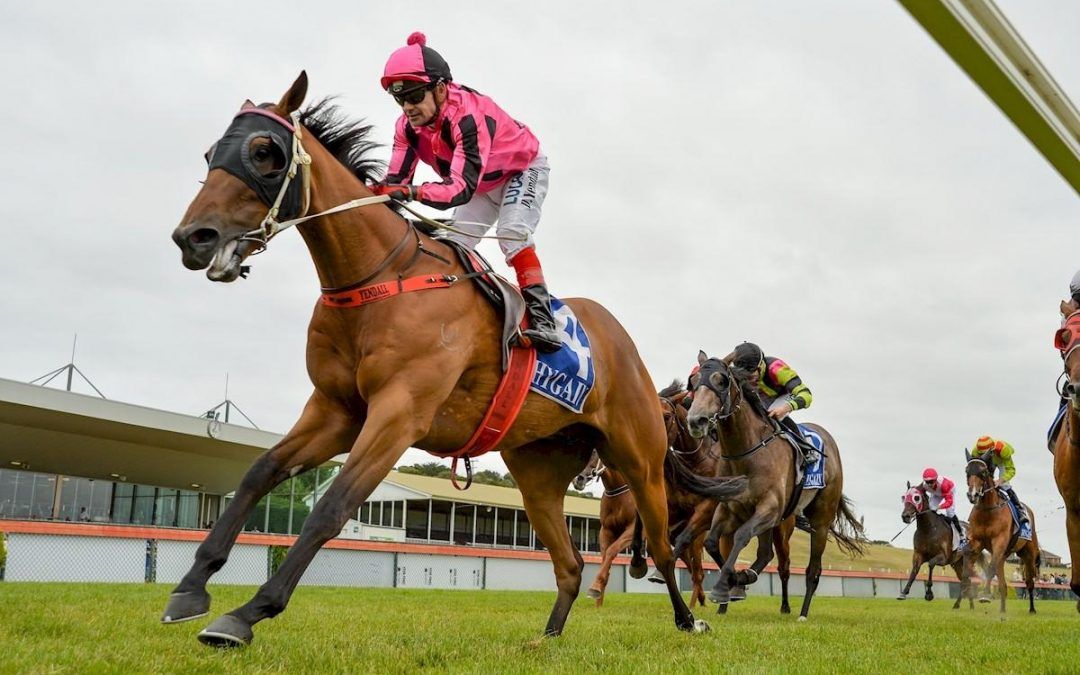 A LAST roll of the dice paid off when Galantiam broke through for his maiden win wearing a tongue tie for the first time at Warrnambool on Sunday.

Faith was wearing thin with the four-year-old who was thrashed nearly 20 lengths at his previous start at Terang, but with the gear change he produced a stunning form reversal in the That Furniture Store Maiden Plate (1700m).

“Warrnambool was “D-Day”,” said trainer Jamie Edwards of the son of I am Invincible who started at $17.

“His last start was terrible and we were sort of finished with him.

“He tracked into the race at Terang as if he was going to be right in the thick of things and then he just went backwards.”

Jamie felt Galantiam may have choked down and his suspicions were pretty much confirmed when the gelding got his tongue over the bit in a track gallop last week.

“We thought we would put a tongue tie on him and give him one more chance, and fortunately we got the result we were looking for,” Jamie said.

Under instructions to take up a prominent position, jockey Dean Yendall gave Galantiam the run of the race on rails behind the leader and got out to challenge turning into the straight.

After looming up near the 200 metres, he forged clear in the closing stages to score by 1-3/4 lengths from Harlem Lights and Sorenata.

Soundness issues have impacted Galantiam’s career, limiting him to just 10 starts, but he showed good promise as a two-year-old.

Arguably he should have won his race debut, finishing third after being poleaxed in the home straight at Geelong in May 2015.

“The owners have been patient and it’s great that their faith has been rewarded,” Jamie said.