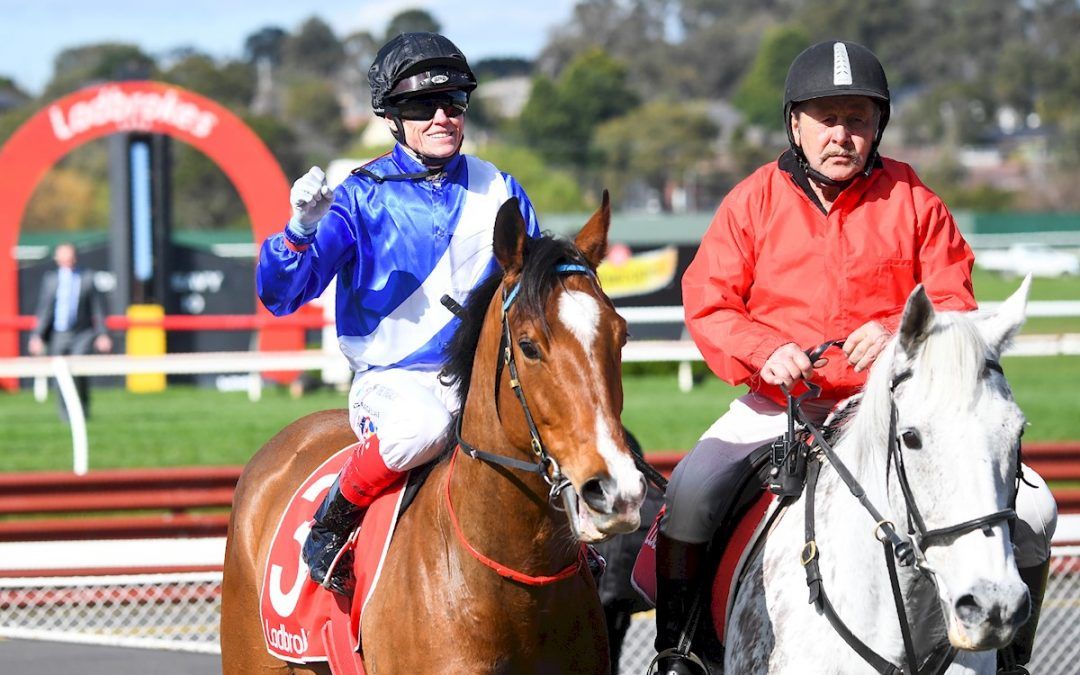 Champion jockey Craig Williams is excited about the possibilities ahead for lightly raced gelding Blow In after an impressive Sandown victory on Wednesday.

The gelding has been a revelation this campaign and Williams says the Jamie Edwards-trained four-year-old was still very untapped.

“It will be interesting to see where Jamie finds the ceiling with this horse because he is a long way from it,” said Craig after landing the Ladbrokes Market Control C1 Hcp (1400m).

Blow In was unplaced at two runs in his first campaign but has finished top three in his four starts this preparation including back-to-back wins at Geelong and Sandown.

Craig has ridden Blow at both his wins after having his first ride on him when third at Sandown on July 27.

“Looking at him the yard today you could see how much he had come on (since his Geelong win),” Craig said.

“He has got really nice ability and he did it easily today, but he is still learning.”

“It is a great story when you see his form from his first preparation, but Jamie has always said he thought this horse was much better than his race form suggested.

“He’s now being rewarded for his preparation, understanding and development of this horse.”

Blow In started $3.30 favourite and in typical fashion settled back in the field.

He was sixth of the seven runners and four lengths off the lead at the 1000 metres and was awkwardly placed close up behind a wall of horses when the pace slacked approaching the home turn.

After being held up early in the straight, Craig edged out near the 300m and Blow In stretched out beautifully to claim the leaders.

Our Boy Bryan ($6) tried to match him but Blow In under hands and heeds riding drew away in the closing stages to score by 1-1/2 lengths with another 2-1/2 lengths back to Dream Of Venus ($6).

“We will space his races and not overtax him to give him his best chance of getting there,” Jamie said.