Vintage win for One Penny Red 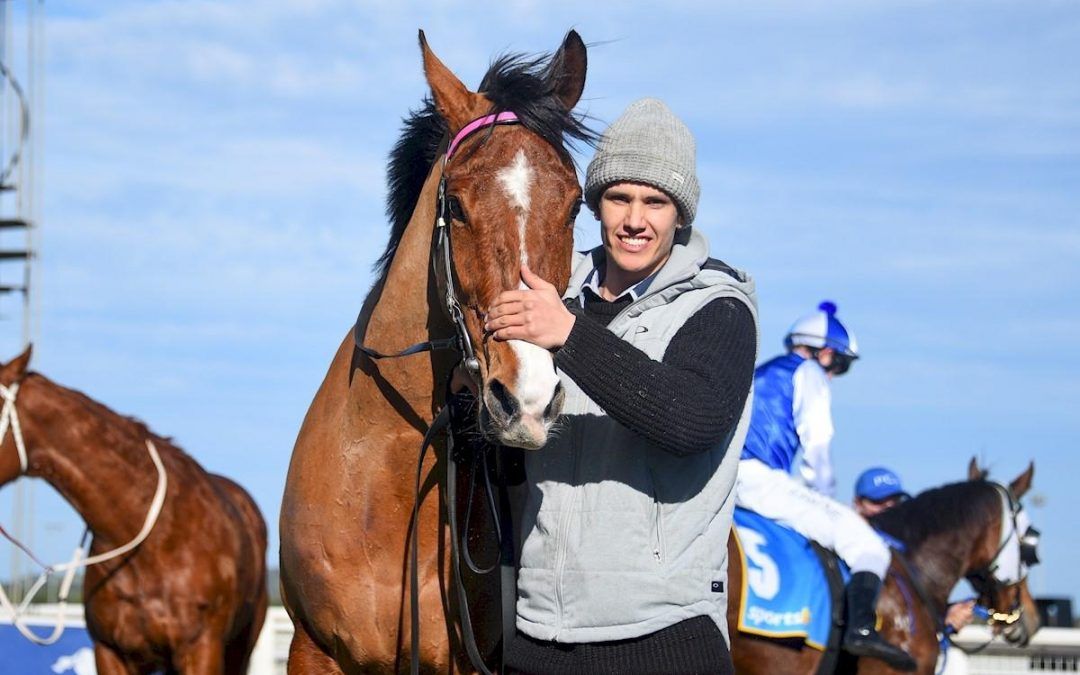 Three-year-old One Penny Red posted an impressive maiden win when he stormed home from the back of the field to score at Ballarat on Thursday.

Ridden by Jamie Mott, the son of Mossman was given plenty of time to balance back in second last position and unwound a stunning burst down the middle of the track over the last 200 metres to get up on the line in the Polytrack Maiden (1000m).

Trainer Jamie Edwards said he had worked on injecting a turn of foot into the gelding after his disappointing performance when finishing sixth at first-up at Ballarat on July 2.

“We thought he could win with blinkers on first-up but despite getting in the right spot he sort of just plodded home,” Jamie said.

“Since then we have given him a few short sharp gallops on the training track at home and we have come away with a great result today.”

The hot speed worked out well for One Penny Red who ironically Jamie had thought possessed the attributes of his city-placed dam They Call Me Bolt.

“His mother was a 1000m screamer and we thought he was going to be the same, but being back off the pace today was where he needed to be today and Jamie (Mott) summed up the race perfectly.”

Mott said the fast pace favoured One Penny Red who he elected to drift back off a speed battle from the wide barrier.

However, it was not until after entering the home straight that Mott felt One Penny Red was a winning chance.

“When I started to go for him, he didn’t pick up like he was going to win the race but once he balanced up in the straight he really lengthened well.

“He doesn’t know how to be racehorse yet but I think today, having a good day out and getting into a nice rhythm and finishing off strongly, will take him a long way.

One Penny Red is a home-bred and takes his name from the late Emsley Lodge co-founder Jim Mann who coined the phrase “One Penny Red” when a poor quality red wine was poured when dining with his co-breeder and fellow Emsley Lodge founder Peter Sandars.

There was plenty of toasting Jim, from all who have been involved in his breeding and ownership in post race win celebrations but not a “one penny red” was in sight.

Congratulations on the win to all involved