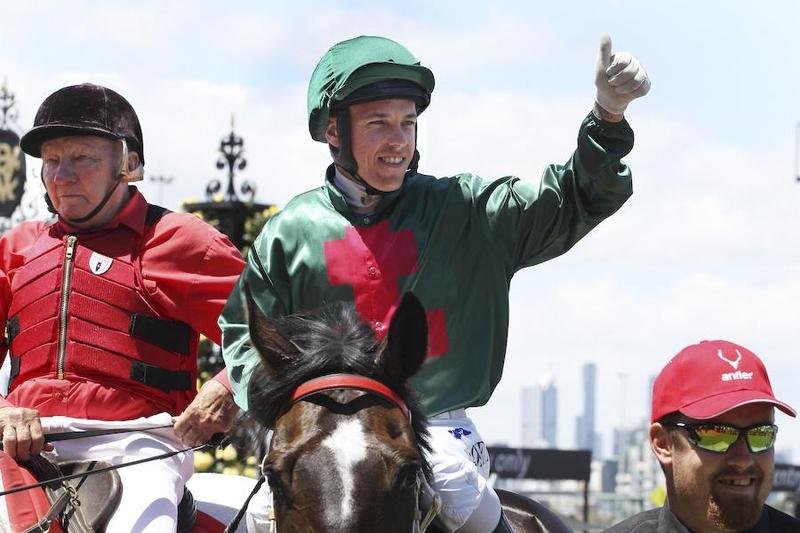 Geelong trainer Jamie Edwards has some good news for those who have latched onto Sertorius in Saturday’s $150,000 Group 3 Zaidee’s Rainbow Foundation Victoria Handicap (1400m) at Caulfield.

Edwards, who trains Sertorius in partnership with Bruce Elkington, said he can’t be too confident of how the stable star will go at his first try at Group level, but if he fails it won’t be through lack of fitness.

“He’s not there to play cards,” Edwards said when asked if Sertorius could win. “I’ve done plenty with him, he’s very forward and fitness won’t be a query. He’ll run the race right out.

“Last time in we kicked him off in the bush and he won well and slowly went through his grades, but this time we’re throwing him straight into the deep end to a Group 3.

“Everything we’re doing with him all seems to be good. He’s bright, he’s healthy, he’s very sound, he looks great in the coat and he looks fit. So the basic signs point towards the horse running a really good race on Saturday.”

Sertorius, a five-year-old son of Galileo, will be having his first start since his seventh placing in the Listed Ballarat Cup (2200m), won by King Diamond.

That was only defeat of a Spring campaign that started in a Benchmark 78 success Ararat. He then won back-to-back city races at Moonee Valley and Caulfield, returned to the country to win the Listed Sale Cup before scoring Emirates Stakes Day success at Flemington.

Sertorius, who will carry the 54kg limit, has drawn barrier three in the 12-horse Victorian Handicap, which includes $5.50 second favourites Budriguez, Launay and Under The Eiffel, plus British General ($6.50).

“That’s a lovely gate and I expect him to land running second or third, not spending too much early and being strong late,” Edwards said.

“If they steady up and then really rip home quick he might get left flat-footed, but if it’s run at a really good tempo and it’s a tough 1400, that should suit us.”

Edwards said the Victoria Handicap was likely to be Sertorius’ only run of an autumn campaign, but hasn’t ruled out a trip to Sydney if he exceeds expectations first up.

“In the past he’s been quite a highly-strung horse and this preparation is the first time that’s he’s been quite relaxed,” he said. “If you’d asked me six months ago would I travel the horse, I would have said no.

“I wouldn’t have thought he’d settle into another stable environment quickly, but this time in he’s been really relaxed and settled. If nothing else it would give us a chance to see how he’s going to travel because he’d be going there second-up at peak fitness.”

The Victoria Handicap, which will be run at 3.50pm, is one of two $150,000 Group 3s at Caulfield this Saturday with the Easter Cup to also be run.