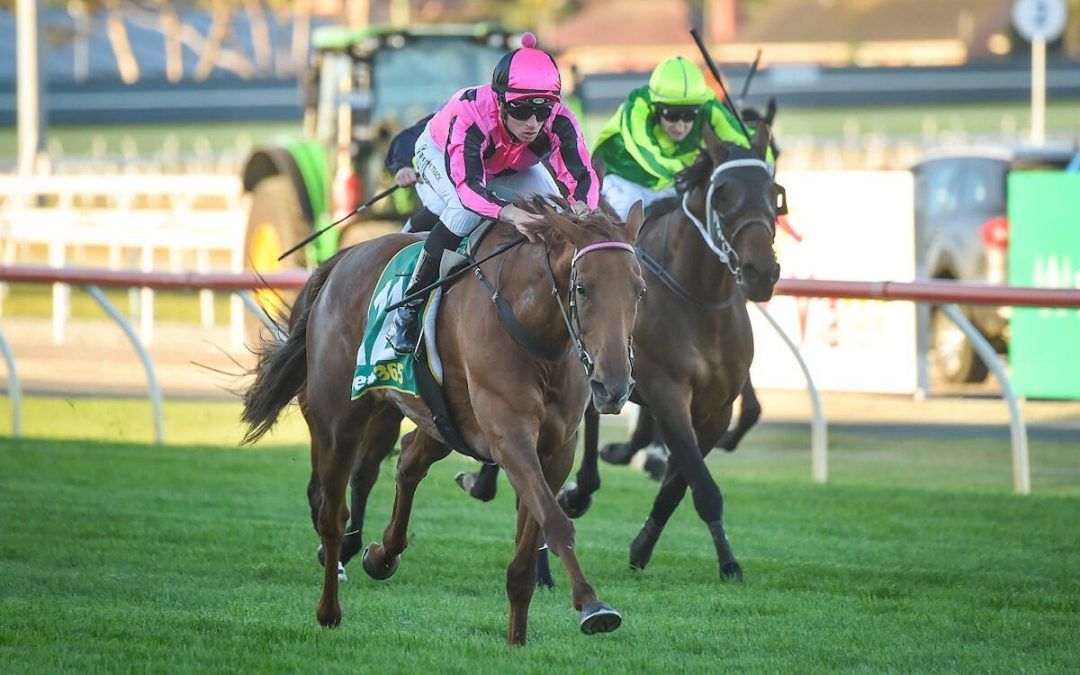 Eight-year-old Young Hostess is belatedly gaining a reputation as a Geelong specialist after enhancing her record at the track with another win on Wednesday.

The chestnut posted her third victory from four starts on the course when she circled the field to land the prize in the Times News Group BM64 Hcp (2400m).

Trainer Jamie Edwards Young Hostess was only small but a good tough stayer who has won from 1600m to 2800m.

“She’s tiny and only weighs around 425kg but she always tries hard and is very honest,” Jamie said.

“Today she was going to win a long way out and she bolted in.”

Jockey Zac Spain said he got back further than he anticipated on the mare who settled worse than midfield before making a wide run approaching the 600m.

“She jumped well but she was going to get caught wide so I went back on her,” Zac said.

“She came back underneath me nicely and I was able to get into that 3-wide line down the back straight which worked out well.

“From there she just towed me into the race and she was never going to get beaten around the corner.”

Young Hostess ($14) raced to the lead passing there 200m and careered away to score by 2-1/4 lengths from Hey Happy ($8) and Miss Charlee Lyn ($5.50). Stablemate Diamond Luke battled on gamely in fourth place.

“She was a bit disappointing second up last start at Terang but it was great to see her bounce back like that,” Jamie said.

“Most mares her age are in foal in paddocks at this time of the year, but while she still loves racing we might try and find another race at Geelong for her.”