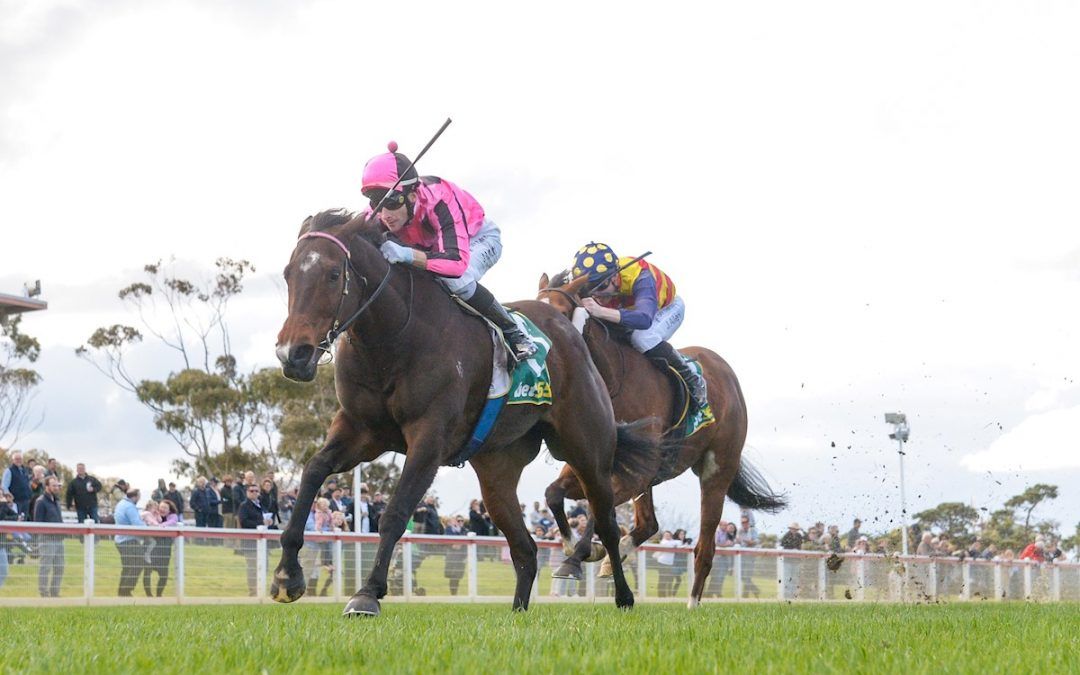 The victory was her sixth in 48 starts and her first since scoring at Sandown on July 1 two years ago.

Trainer Jamie Edwards said Minyinga was a stable favourite and while most mares her age are off to the breeding barn she continues to enjoy stable life.

“She has been threatening to win another race for a while now and today finally had her consistency rewarded,” Jamie said.

“Her last three or four runs have been super without winning but she was very strong at the end of the 1500m today.”

The daughter of Elzaam, who was home-bred by Peter and Christine Sandars and the late Jim Mann, has rarely been far away in her 19 races since her last success.

After competing over 1500 metres at Geelong last start where she was beaten a long neck, she was fancied at $5 on Father’s Day.

With a solid early speed, Mott was happy to have Minyinga sit five lengths off the lead in third place before improving to a length behind entering the home straight.

She was among four horses across the track at the 300 metres and raced away under Mott’s urgings in the last 150 metres to score by 1-1/2 lengths from Morning Has Broken ($10) and favourite Speak Now
($2.20).

“There is no reason why won’t run a strong a mile on that win,” Jamie said.