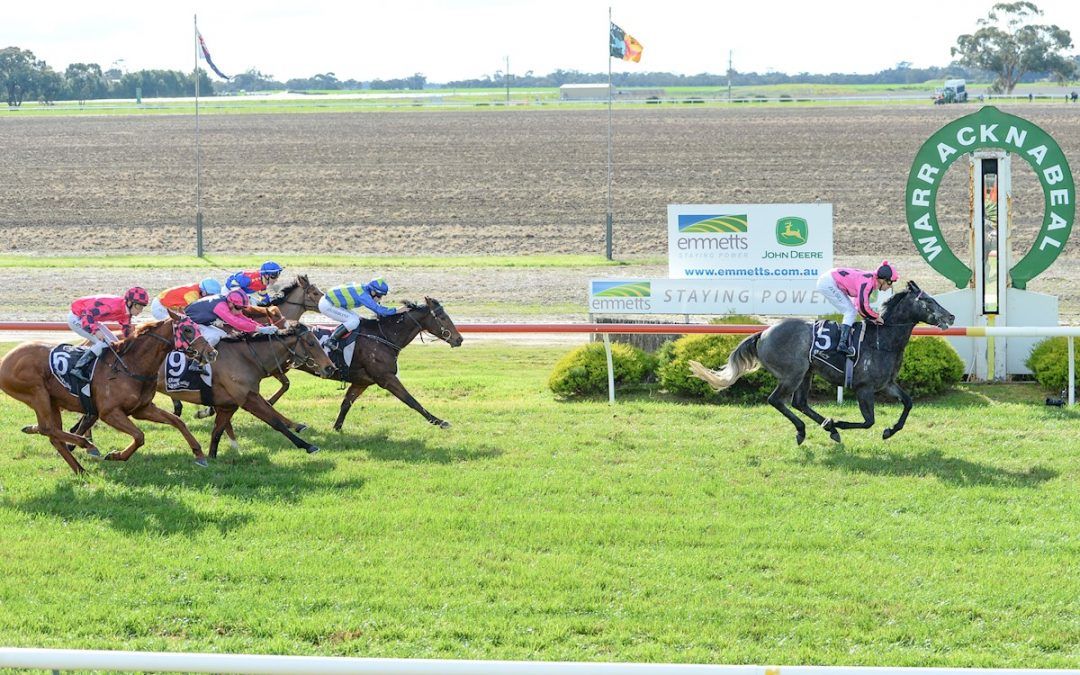 “I never thought I was going to get beaten.”

That was how jockey Jack Hill summed up three-year-old Tori’s Dee who posted a brilliant debut win in the Equissage Maiden Plate (1000m) at Warracknabeal on Monday.

“I didn’t ever feel I was going to get beaten from the half mile,” Jack Hill said.

“He’s very professional, well trained and knew what he was here to do and did it with a little bit more learning to come.”

Jack also paid tribute to Emsley Lodge stable apprentice Maddi Price who had a fall at Sale yesterday but has ridden the son of Zebeedee in all his trials.

He said the gelding wasn’t very big but the more he galloped him the faster he got.

“He trialled up pretty good at Geelong last week so we were confident he would run well,’ Jamie said.

“He’s pretty push button, he puts himself there, he doesn’t over-race and when you ask for an effort he finds.”

Jamie expects Tori’s Dee will improve on his debut win.

“I have done plenty of work with him but I think he still paraded a little bit big, so I think there is a bit of upside to him.

Owned by Robin Bowles, Tori’s Dee was a $14,000 weanling at the 2019 Great Southern Sale and like his sire Zebeedee is a grey.

He is the first live foal Tori’s Gift who was a city winner and sister to Listed winner Elysees and half-sister to Group 3 winners The Inevitable and Blahnik.