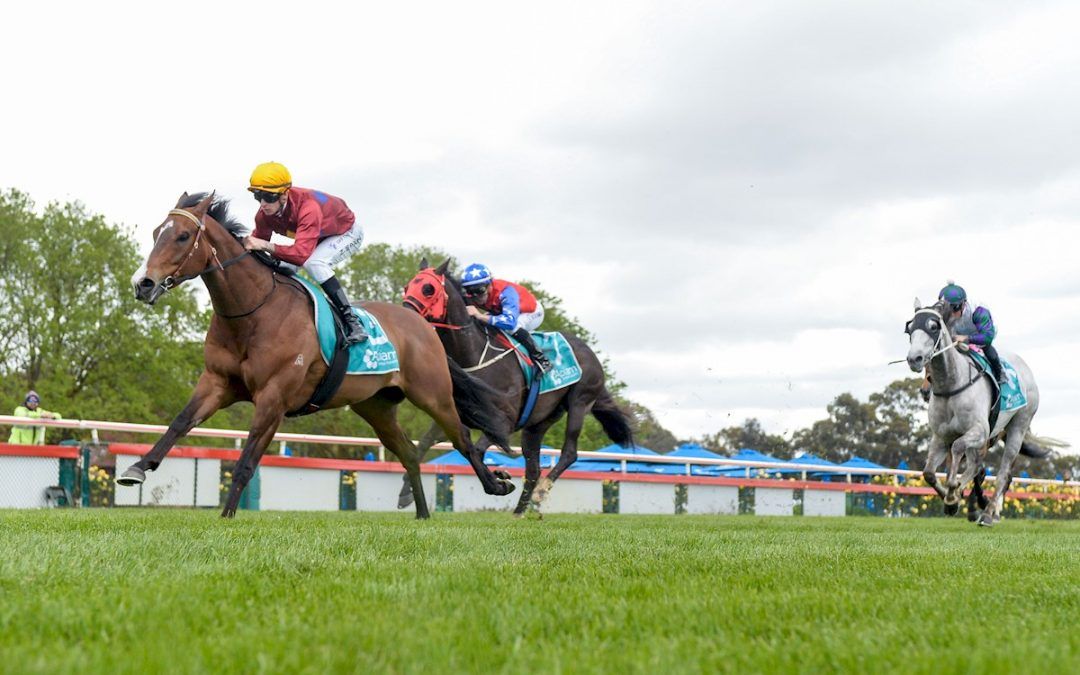 Emerging galloper Come Along Jeffrey is stylishly working through his grades as he relishes the remarkably wet weather in recent months.

The five-year-old made it three wins from his last five starts on soft and heavy ground when he coasted home to an easy win on Kyneton Cup Day at Bendigo on Wednesday.

Jockey Zac Spain had a good hold of the son of Super One who led nearly all the way in the Kyneton Electrics BM64 Hcp (1100m).

Early in the home straight Hay Cliffy had saved ground on the rails and appeared to head Come Along Jeffrey but Zac rode confidently and when asked his mount surged back and burst away the last 100m metres to score by two lengths from Filip’s Star.

Trainer Jamie Edwards said Come Along Jeffrey, whose runs have been well spaced, was a much improved horse this campaign.

“He’s always shown us nice ability but he’s more mature and settles much better in his races which has transformed him into a winner.

Owned by Brian O’Dwyer, he was second on debut at Echuca and then came back nine months later, placing twice in four runs before this campaign.

He won his maiden five starts ago when second-up at Warrnambool and two starts later was terrific finishing strongly to narrowly win in 58 class.

He was unlucky at his next start when he as trapped wide and was only beaten two lengths finishing sixth at Warracknabeal.

Rarely out of the money, with three wins and five placings from 11 starts, Come Along Jeffrey has a 65 rating and will be aimed at BM70 race next start.