Tex Mex turns up the heat on debut 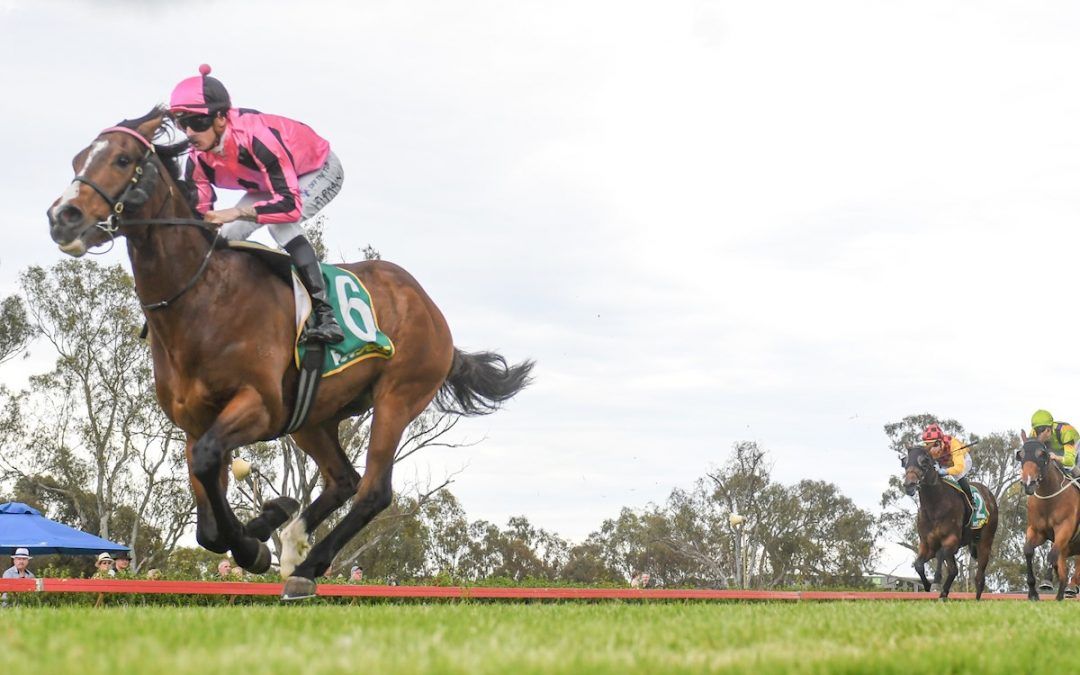 A brilliant debut win has enhanced the value of three-year-old Tex Mex who has already attracted overseas interest.

The Toronado gelding lived up to his jump-out form when he left his rivals in his wake over the final of 150 metres to land the bet365 3YO Maiden Plate (1106m) at Benalla on Sunday.

Trainer Jamie Edwards described Tex Mex as a “high quality” horse and that the connections had fielded a Hong Kong offer before his Benalla debut.

“He is a horse with really big future,” Jamie said.

“He tries really, really hard and is very genuine.”

He said the tight track at Benalla wasn’t ideal for the Tex Mex but he handled it well.

“His trials had been on bigger tracks so that was a bit of a worry about today, but after balancing up and changing stride in the home straight he really motored and was strong through the line.

Tex Mex is the first racing venture for Stu and Vicki Mayne and the gelding is named after an American cuisine that derives from the culinary creations of the Tejano people of Texas.

He has already paid for a lot of tacos with him earning with bonuses $37,250 for his Benalla win.

Jockey Zac Spain said Tex Mex had a terrific temperament and he would only get better.

“He’s still learning is craft but it was a really good win,” Zac said.

“He was quick out of the barriers and got into a good rhythm outside the leader although at the 600m I was a little bit concerned when he dropped the bridle and wasn’t really picking up around the corner.

“But when we straightened up he got on to his right leg and really let down super.”