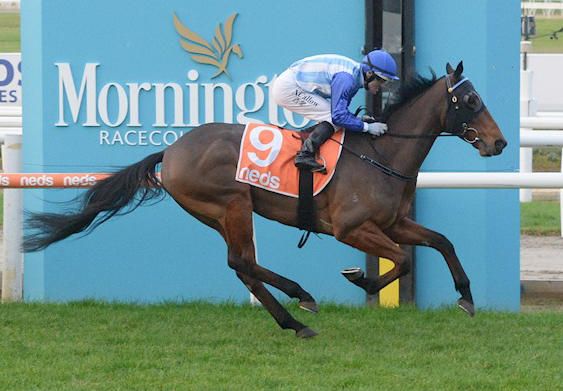 In-form sprinter Humzz rocketed up the Victorian horse premiership when he scored a strong win at Mornington on Monday.

The four-year-old posted his fourth victory for the season and soared from 42ndto 12thon the list of best performed horses in the state.

The most improved galloper in the Emsley Lodge stable, Humzz has also finished second on six occasions and third once since scoring at Pakenham on August 20 last year.

“He has really clicked since we have kept him to 1000 metres.”

“All his 14 runs this campaign have been at that distance and 12 times he has weighed in.”

Humzz’s win in the Take It To The Neds Level Hcp was his first win in BM70 company and took his career earnings to $161,320 from 23 starts including five wins and eight placings.

Ridden by Noel Callow, Humzz ($8) sat close to the pace from his good draw (barrier four) and got a run outside the leader on the home turn.

Callow has been an important part of the Humzz’s recent success and ridden him at six of his last seven starts for three wins and three seconds.

The son of Moshe’s other wins this campaign were at Cranbourne on May, Sale on April 14 and Pakenham on August 20.

Humzz’s six-year-old brother Aluf, owned in similar interests, has won seven races and placed 13 times in 40 starts for $201,088 in prizemoney.