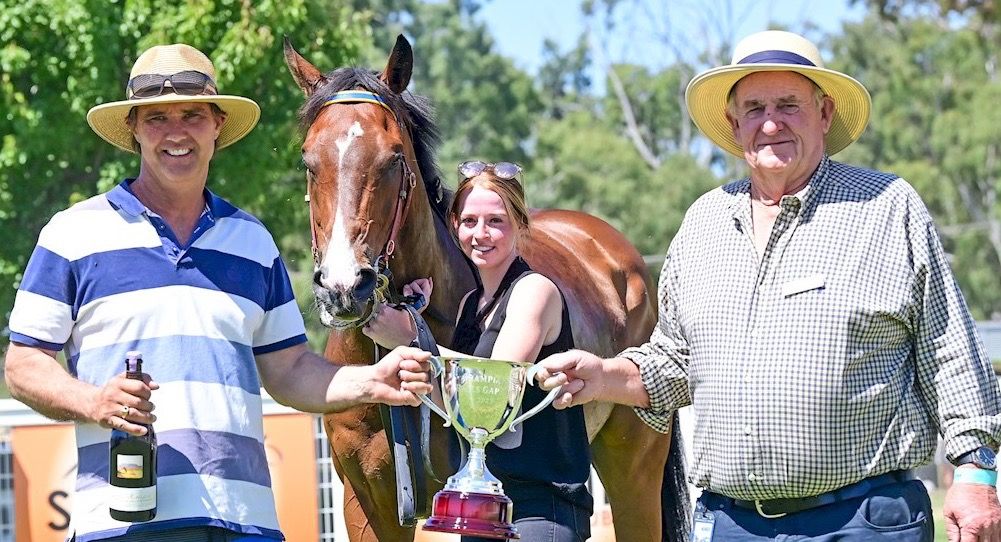 Come Along Jeffrey is an unlikely cup winner.

The consistent sprinter pushed his earnings close to $100,000 when he posted his fourth win this campaign leading all the way in the Halls Gap Cup (1300m) at Stawell on Friday.

It was only the second time the son of Super One had raced beyond 1200 metres after finishing out of the money over 1340m in one of his few unplaced runs at Geelong on November 2021.

More mature and stronger this preparation, Come Along Jeffrey has been placed at seven of his last 10 starts and has not been beaten more than three lengths this campaign which started way back June last year.

He won his maiden at Warrnambool in July, followed by wins at Wodonga in July, and Bendigo in November which elevated his rating to 69 which he maintained at subsequent runs when second at Terang and fourth at both Warrnambool and Moonee Valley.

“He has been a beauty for the stable,” trainer Jamie Edwards said.

Jamie said Come Along Jeffrey did a lot wrong early in his career but after a lot of work the rewards have come.

Jockey Dean Yendall said that despite having a contested lead, the gelding relaxed well and responded well under pressure.

While Come Along Jeffrey has performed well on all track surfaces, his win at Stawell was his first on firm ground.

Jamie said the gelding was now close to the end of his campaign.

“He’s done a great job to rise from a maiden to a genuine BM70 class horse in one campaign but I want to give a him a break soon and get him ready for the winter tracks,” Jamie said.

“His form stands out in the wet with three wins and three placings from 7 runs on soft and heavy ground which is something to look forward to later in the year.”