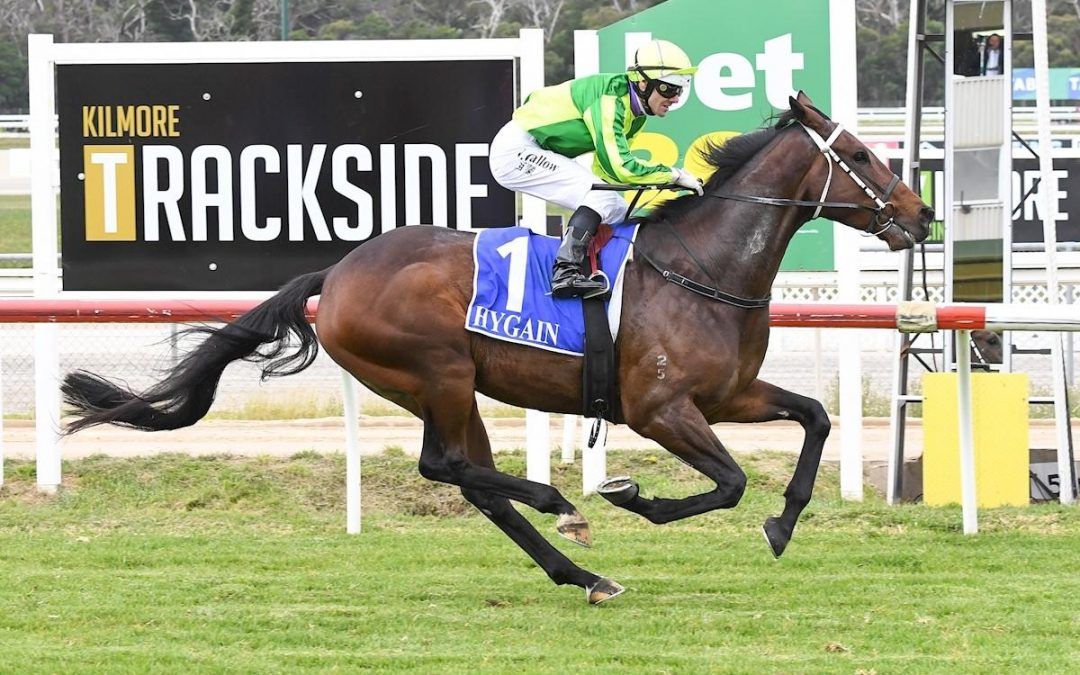 Diamond Luke looks to have a bright staying prospect after making a successful assault at his first time over a trip at Kilmore on Thursday.

Jockey Noel Callow fashioned a ground-saving ride on the lightly raced four-year-old who didn’t go around a horse to land the Hanson Cleaning Maiden Plate (2000m).

Noel had a pre-race plan to get the rail as early as possible from barrier eight in the 12-horse field and had Diamond Luke on the fence, third last at the winning post the first time.

Trainer Jamie Edwards described the race a “crunch time” for Diamond Luke whose recent runs suggested he would be suited at 2000 metres.

“We really had no excuses if he got beaten, “Jamie said.

“With three runs behind him this campaign he had dappled up and was in peak condition.”

Jamie said the owners of the son of Lucas Cranach had been patient with the gelding who is the first foal from New Zealand winner Diamond Days.

His fourth dam is former champion filly Diamond Shower who was dual Group One winner of the VRC Oaks and AJC Sires Produce Stakes.

“That was only his sixth race start and he will get better with experience,” Jamie said.

“Today he rolled out badly when he hit the front, but most importantly he was able to relax with horses all around him during the race and showed he can run 2000 metres.”