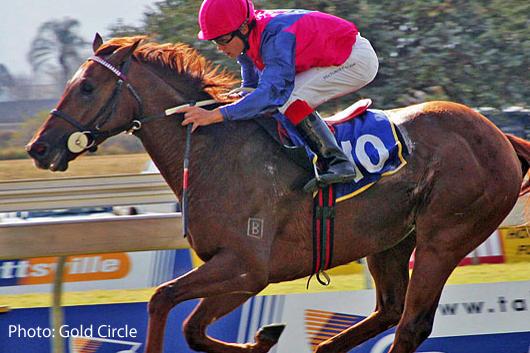 JAMIE Edwards is optimistic that international Group One performer Trafalgar Legacy can build on his reputation in Australia with a scheduled racetrack comeback in the autumn.
The Group One Singapore Derby (2000m) placegetter who broke down after finishing fourth in last year’s Group One Kranji Mile is an exciting addition to the Edwards – Elkington stable and went into work this week.
With five wins and nine placings from 21 starts the six-year-old Rock Of Gibraltar entire is arguably the best credentialed galloper on the books at Emsley Lodge, which also boasts the highly rated Sertorius who had stellar spring campaign.
Being 1600 metre to 2000 metre specialists, the challenge could be keeping the two horses apart in the autumn but it is a problem the stable is happy to have.
After the Kranji Mile in October last year, Trafalgar Legacy had two screws inserted to mend a spiral facture in his near foreleg and this week he got the all clear from leading veterinarian John Walker.
“He was completely vet checked by Johnny and he was very positive that the horse will return to his previous form without any issues,” Jamie said.
“We’ve only had him for a week and we’re into him.
“He’s not that big but he’s very athletic so he should come to hand quite quickly for a horse that has had so much time off.
“The first time we worked him he was very keen and I would say he will be racing in three months, which we are really forward to.”
Trafalgar Legacy cost South Africa’s Summerhill Stud $75,000 at the 2008 Inglis Premier Sale.
He won his South African race debut for trainer Basil Marcus in July 2009 before Marcus took him to Singapore where his racing career flourished, winning another four races, three of them with the Pat Shaw stable.
His most memorable effort was with Shaw when third in the Singapore Derby, his performance described as “colossal” after he just missed second place despite racing up to four wide the whole way.

“How this entire by Rock Of Gibraltar stayed on and in fact was fighting courageously to the end, almost like Horatio Nelson and the Battle of Trafalgar after which he gets his name, is beyond many that witnessed the Derby,” wrote Gary Crispe of Racing And Sports.

Former Australian trainer Cliff Brown, who is based in Singapore, recommended Emsley Lodge to Trafalgar Legacy’s owners Newbury Racing Stable.
“I met the owner on the Gold Coast earlier this year and the facilities we have at Emsley Lodge as well as the beach, are perfect to train a horse like him,” Jamie said.
Trafalgar Legacy’s career earnings to date stand at $A328, 886, but if he can regain his Singapore form he is sure to significantly swell that figure.

Below: Trafalgar Legacy finishes a "colossal" third in Singapore Derby.