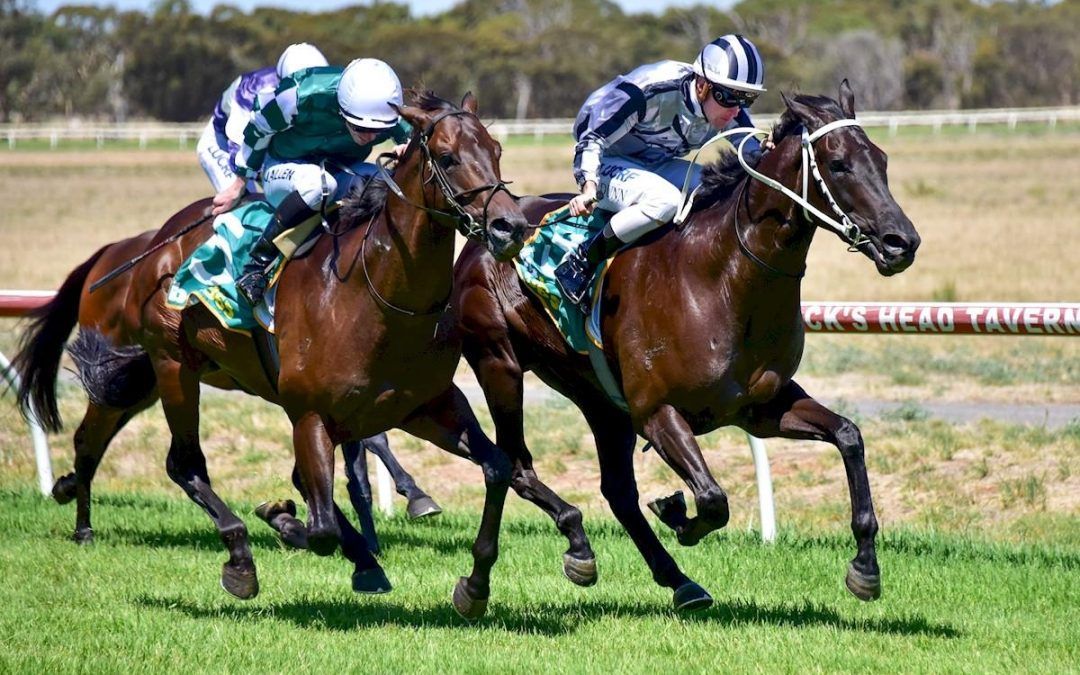 Trainer Jamie Edwards declared Pantera Nera is the sexiest looking horse in the stable after landing his maiden in impressive style at Donald on Friday.

The striking brown three-year-old wasn’t suited sitting outside the leader in a slowly run race but straightened up with a narrow lead and held off the favourite Suburbia by a head in the Mackays Leading Edge Jewellers Maiden (1350m).

“He’s a stunning looking horse, the sexist in the stable,” Jamie said.

Pantera Nera is in his second race preparation for Emsley Lodge after transferring from Michael Roebuck who retired from training last winter.

“He came to me in really good order from Michael’s, but has been a slow learner,” Jamie said.

He said the stable did a lot of work educating the gelding last campaign which was paying dividends.

“He needed us to be a pretty tough on him last time in to learn what it was all about as he was very green in everything he did,” Jamie said.

“He is still a little bit like that, and he is going to one of those classic horses where every time he goes to the races he is going to get better.”

The son of Turffontein and Ruby Bre is a half-brother to the 3-time city winner Al Passem who was placed in last year’s Sale Cup.

“We blinkered him up first-up at Great Western to really make him learn to jump and put himself in the race and that worked with him leading him up,” Jamie said.

At Donald, Jamie took the blinkers off to help him settle and race properly.

“The plan was to have him running third or fourth, but they went so slowly he was up outside the leader,” Jamie said.

Jockey Dylan Dunn said the pedestrian pace was a challenge for Pantera Nera who he had under a stranglehold in the run.

“I had my feet on the dashboard trying to get him to settle and he did well not to choke down,” Dylan said.

“It was a credit to the horse that he overcame the situation.

“He is still learning and when I did finally ask for him to go he really extended nicely.”