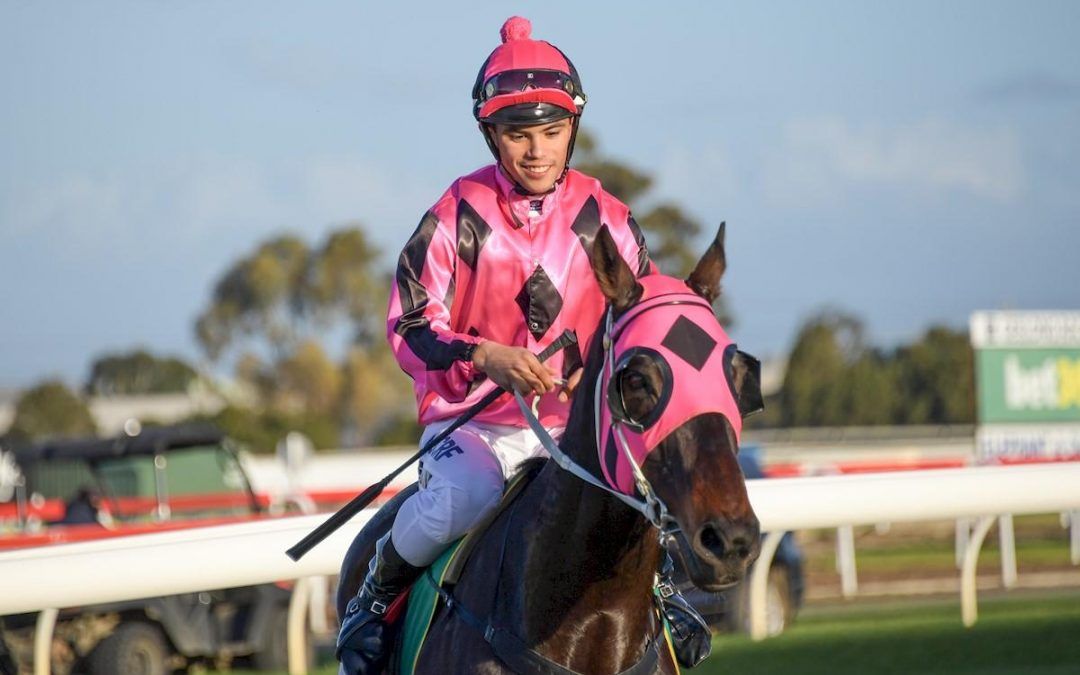 Nine-year-old stable favourite Severn Road took his career earnings to more than $200,000 with his 10th career win at Geelong on Tuesday.

The veteran gelding, who broke a drought for stable apprentice Trent Germaine, injected value into the quaddie at $15 and was the first leg of a winning double for Emsley Lodge at the synthetic meeting with Aluf scoring in the following race.

A former Traralgon Cup winner, Severn Road has been a fantastic horse for Emsley Lodge apprentices who have won a total of seven races on him.

Trent partnered him when he scored at Geelong last September while Josh Cartwright won three on him in 2012 and 2013 and Georgina Cartwright saluted twice on him October 2016.

“He’s that ideal 3-kilo apprentice horse who gets into a high cruising speed and makes it easy,” said trainer Jamie Edwards.

However, Jamie conceded he had his concerns when Severn Road was headed mid-race in the Elephant & Castle BM58 Hcp (1900m).

“I was bit worried when they went around him at the 1000m, but he loves the synthetic and he responded well after working hard early,” Jamie said.

Severn Road was caught five and six wide on the first turn before pressing on to the lead heading down the back straight.

Trent gave him a breather at the 1000m and he was headed briefly before he found another gear and shot a length clear at the 600m.

Into the home straight he extended the margin to two lengths and went on to score by 3-1/4 lengths from Jimmie Jim and Traffic Cop.

Janet Edwards owns Severn Road who was bought as a yearling and retained after a sale to Hong Kong fell through.