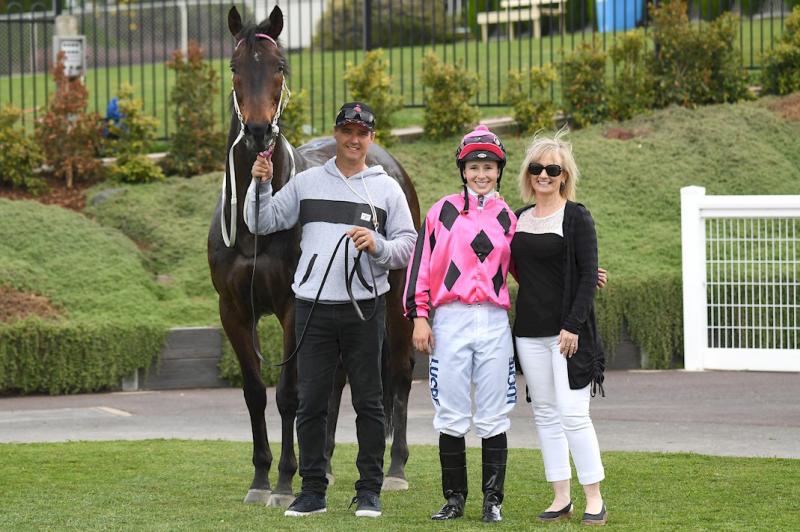 Stable apprentice Georgie Cartwright rode the Al Maher eight-year-old and made up for blousing him on Delightful Son at Geelong on August 30.

“I think I am back in the good books now,” Georgie said.

Georgie went forward from a wide draw and settled outside the leader before taking up the running in a strong gallop down the back straight.

She had her rivals off the bit as Severn Road slipped to a two length lead at the 600m and straightened up nearly three lengths in front.

Under the whip the gelding kept running strongly to the line and scored by a length from Le Grand Cru with Dreaded another 3-1/4 lengths away third.

Severn Road lifted his career earnings to more than $150,000 with his seventh win in 51 starts.

Jamie Edwards trains Severn Road for his wife Janet but it had been 1033 days since his last win in the Traralgon Cup on December 6 2013.

“He deserved that win,” Jamie said.

“He’s been a good horse for us and we will keep him going while he continues to enjoy his racing.”