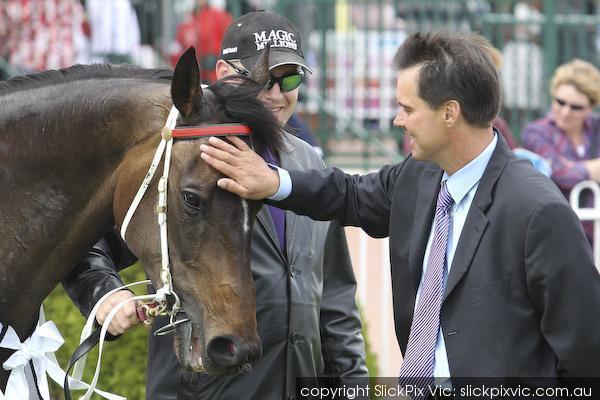 Sertorius will be out to book his place in October’s BMW Caulfield Cup when he lines up in Saturday’s Group 3 Bendigo Bank East Malvern MRC Foundation Cup (2000m) at Caulfield.

Edwards said the gelding, who defeated the likes of The Cleaner when he won the Group 3 Easter Cup (2000m) at Caulfield second-up last preparation, was arguably going as well as he ever has.

“Following a tough autumn he just didn’t come up last spring so this year we deliberately gave him a very light autumn and put him away to set him for the spring and the horse is right on target,” Edwards said.

“I was speaking to the owner a couple of weeks ago and we couldn’t believe how much zest he’s got.

“He’s running the times on the training track, he’s eating his head off, he’s very sound and he’s lightly-raced so he might be eight years old but just don’t tell him he is.

“His times on the training track are very similar to before he won the Easter Cup but the difference is he was set for that race where as this is more of a lead-up race to bigger things in the spring.”

Should the son of Galileo win on Saturday he would be exempt from the Caulfield Cup ballot.

Admitting it has always been a dream to get his stable star into the Caulfield Cup, Edwards said the horse wouldn’t be disgraced if he did win his way into the world’s richest 2400m handicap.

“He’s been carrying weight-for-age for some time now so to drop to that sort of a weight would be fantastic.”

If Sertorius doesn’t win on Saturday, Edwards said he would likely head towards either The Bart Cummings (2500m) at Flemington or the Herbert Power Stakes (2400m) at Caulfield.

Regular jockey Ryan Maloney will partner Sertorius on Saturday, who has drawn barrier nine in the capacity field of 16 runners plus four emergencies.