Sertorius patched up after Spring injury 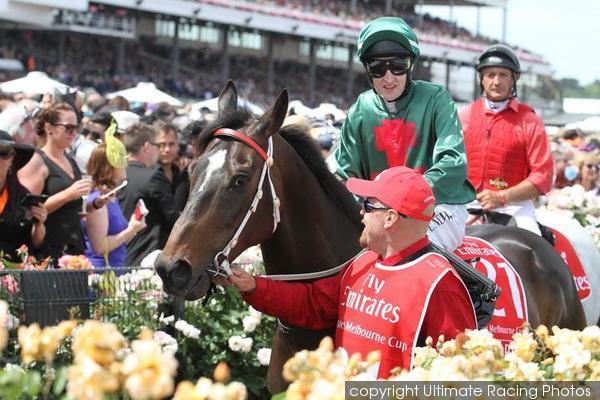 Sertorius has recovered from an injury sustained in the spring, according to trainer Jamie Edwards, and has one eye on the Brisbane Carnival this year.

The pride of Geelong, and only Australian-bred horse that contested last year’s Emirates Melbourne Cup, performed admirably in ‘the race that stops a nation’, finishing in the first half of the field.

Sertorius trained on for the Group 2 Zipping Classic (2400m), but pulled up lame in the near foreleg – and Edwards said he was found to have "split his foot open" in the run but still beat home three rivals.

Edwards said he was aiming at a March return for the evergreen eight-year-old who is back to ‘pretty much 100 per cent’, and hopes to keep him in work until the Brisbane Winter Carnival.

"We're going to come in late in the Autumn, so all the normal Autumn targets we'll probably miss," Edwards said.

"We'll see how he goes first- and second-up in Victoria, but we'll probably end up in Brisbane this year.

"He put on plenty of pudding, but he's come to hand a lot quicker than we first thought.

"Originally, we thought we were going to look at the Victoria Handicap for him at Easter, but he's probably two weeks in advance of that.

"So we might head to the Shaftesbury Avenue [now the Group 3 TAB Rewards Stakes], but his first target was the Victoria Handicap so that's where we're aiming at.

"But we'll let the horse be the boss, and if he comes up a bit earlier, there's a couple of good options for him."

Edwards said Sertorius was relatively fresh for his age, having had just 43 starts.

"We really looked after him as a young horse," he said.

"In the last two years, we've got a fair bit of racing out of him.

"But he's been good, and he worked up beautifully this morning, he's got no soundness issues at all, so I'd expect the horse to come up as good as ever."