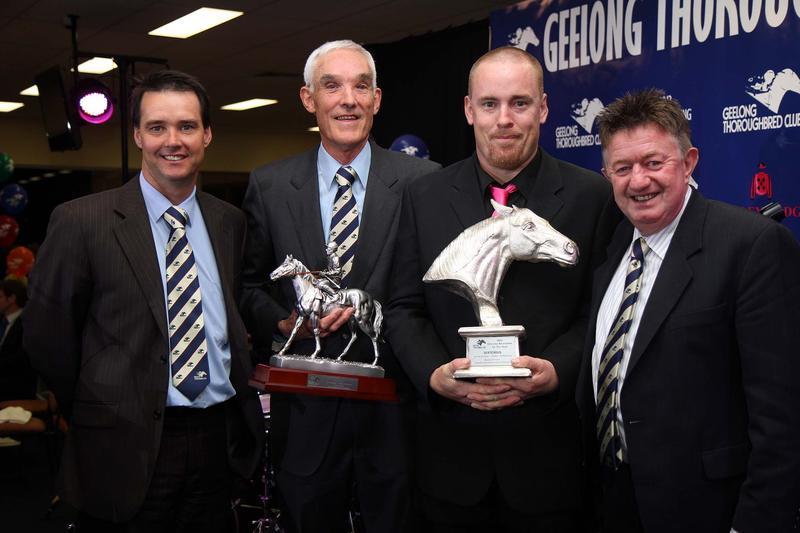 EXCITING galloper Sertorius has been crowned the 2013 Emsley Lodge Geelong Racehorse of the Year at the club's annual Gala Dinner.

Owned Mike Palmer and trained by Jamie Edwards and Bruce Elkington, the son of Galileo won in a landslide result with 72.73 per cent of votes cast by Geelong Thoroughbred Club members and select racing industry panel.

A winner of five races for the season, including the Sale Cup and three city events, Sertorius also finished second in the Group Three Victoria Hcp in the autumn.

Mike Palmer said Sertorius was a true Geelong horse having been bred and trained in the region.

Sertorius got  a big cheer from the sell-out crowd when his video highlights were shown and again when announced as the Geelong Racehorse of the Year.

"To see him on the big screen and to hear the people at the dinner cheering him on was a great moment for me," Palmer said.

Sertorius is the fourth horse to win Geelong Racehorse Of The Year and Most Popular Racehorse after Rain Gauge (2002), Sir Ritchie (2003) and Rocking Force (2012).

Despite the strength of this year's finalists he was the most dominant Geelong Racehorse of the Year winner since Rain Gauge (2002).

He was the first Geelong horse in memory to win five races in a row and he was equal third with most wins in the state last season and had equal best win rate (71.42 per cent) of the 60 most prolific winners in the state.