Sertorius Gets Serious at Sale 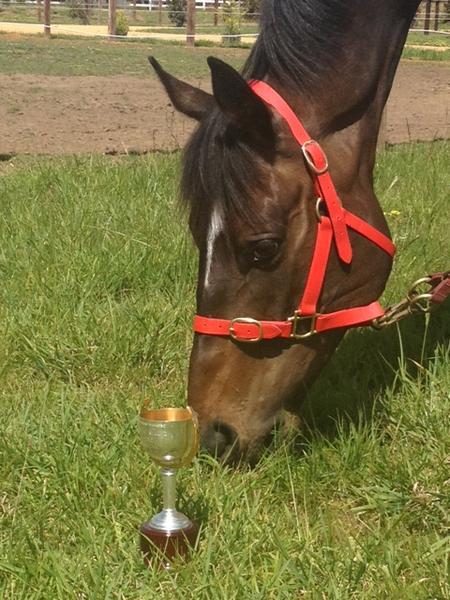 Progressive galloper Sertorius made it four wins in a row when the lightly-raced son of Galileo took out today’s $150,000 Eastcoast Plumbtec Sale Cup (1600m).

Sent out the even money favourite, Sertorius settled in second position for jockey Ryan Maloney before wearing down the leader Utah Saints in the home straight and racing away from his rivals.

Malua Racing’s last start Bairnsdale Cup winner Prizum finished off strongly to finish in second position just over a length away from the winner with Utah Saints fighting to hold third position from the fast-finishing Smokin’ Joey.

Sertorius now has six career wins from sixteen career starts with co-trainer Jamie Edwards saying the lightly-raced five year old may now get his chance to step up in distance after three runs at the mile.

“The owner’s really keen to try the horse over 2000 metres,” Edwards said.

“We’ll just let to dust settle today and see how the horse pulls up but he’ll either go to another race at the mile or step up the 2000 metres.

“There’s a whole week of races next week and with the way he pulls up from his races I’m sure we could back him up next Saturday if we felt there was an ideal race for him.”

Jockey Ryan Maloney has partnered Sertorius at each of the horses last five starts including his four wins this preparation and made sure connections were in no rush to book another jockey with a copybook ride.

“He’s probably the best horse that I’ve ever ridden in a race,” Maloney said.

“He just so honest, he gives one hundred per cent every time no matter the conditions.”

Congratulations to Sertorius' owner Mr Mike Palmer and a huge Thank-you to 'Rooster' and his business Eastcoast Plumbtec for his generous sponsorship of the $150000 Sale Cup.