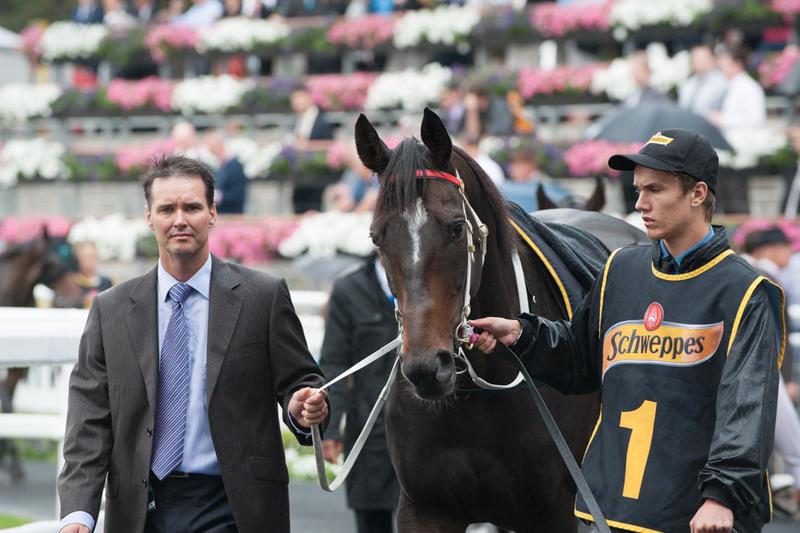 Jamie Edwards has revised plans for Sertorius after his unplaced run in the Group 1 Caulfield Stakes.

The decision for the Jamie Edwards and Bruce Elkington-trained stayer came after Saturday’s unplaced run in the Group 1 Caulfield Stakes.

Edwards said he was reluctant to back-up Sertorius into another big Group 1 race after Sertorius was four weeks between runs heading into the Caulfield Stakes.

“Myself and the owner’s (Mike Palmer) opinion was the run (in the Caulfield Stakes) wasn’t the run of a Caulfield Cup winner,” Edwards said of his decision to head to the $300,000 Group 3 race on October 22.

“So we went four weeks between runs and then we’d have to back him up, so we wouldn’t gallop him (heading into the Caulfield Cup). You’d have to cross your fingers and hope he pulled up well.

“If he pulled up average and he ran flat in the Caulfield Cup, then you’re off to the paddock.”

Connections went against the advice of jockey Craig Williams, who rode Sertorius on Saturday.

“He said the horse ran through the line and he is exactly where we want him.

“Mike Palmer done all the statistics on him and Saturday was the quickest 2000m he has ever run, so he is going as good as he is ever going.”

Edwards said he now had the option of giving Sertorius a quiet week heading into the Geelong Cup.

“We can give him a light week with a solid gallop at the farm Saturday morning and go into the Geelong Cup well, fit and healthy,” he said.

Ryan Maloney will ride Sertorius in the race.

Sertorius was set to run in last year’s Geelong Cup won by Ibicenco, but had to be scratched due to a leg injury.

He went on to claim the Bendigo Cup and Group 2 Zipping Classic and narrowly missed out on the Group 3 Queen Elizabeth Stakes.

Edwards said he would now shift his attention to having Sertorius ready to run in the Group 1 Melbourne Cup.

The seven-year-old is 19th in the order of entry for the Melbourne Cup.

“Realistically for the owner to have a horse in the Melbourne Cup is phenomenal,” Edwards said.

“What we should do is take a deep breath and think about what we need to do to have the horse peaking on Melbourne Cup day.”