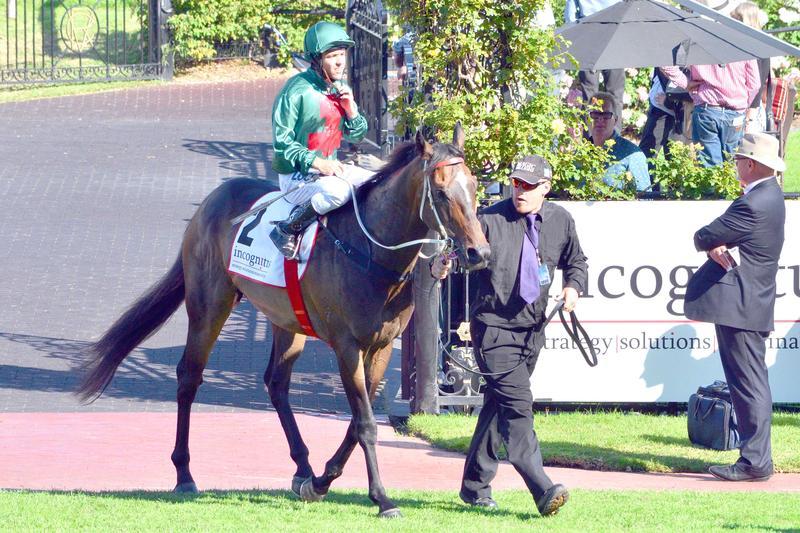 SERTORIUS is on the cusp of getting a start in next week’s Melbourne Cup after second acceptances were taken today.

The eight-year-old is 25th in order of entry, one outside the capacity field of 24, with 42 horses still left in the Cup.

If the Galileo gelding makes the cut he would be the first Melbourne Cup runner for Jamie Edwards, who has now ruled out a start in next Saturday’s $300,000 Lexus Stakes (2500m) for Sertorius.

The Lexus winner is exempt from the Cup ballot as is the Mackinnon Stakes winner but trainer Jamie Edwards and Mike Palmer will rely on an attrition rate to get a Cup run with Sertorius.

“We will take our chances, Jamie said.

“He doesn’t need to run. He is hard and fit and it is just a waiting game now whether he gains a start.”

“It would be a huge thing for his owner Mike Palmer and for the stable to have him line up in the Melbourne Cup, and importantly we know he will run two miles after he finished third in the Sydney Cup in 2014.

“Of course it is a very tough race with so many internationals and high quality contenders but Sertorius has be trained for the 3200 metres and we would not be going there not just to make up the numbers.”

A dual Geelong Racehorse of the Year, Sertorius had no luck finishing ninth in the Geelong Cup when he got shuffled back early in the race but has consistently run good sectionals in all his runs this spring.

He worked home well when not far away finishing 10th in both the Group 2 Memsie Stakes and Group 1 Underwood Stakes, and was sixth in the Herbert Power Stakes (2400m).

“He has been getting back too far in his races but his sectionals have been some of the best of the runners in his races,’ Jamie said.

“He is ticking over nicely and now we have just hope that we get a Cup start.”