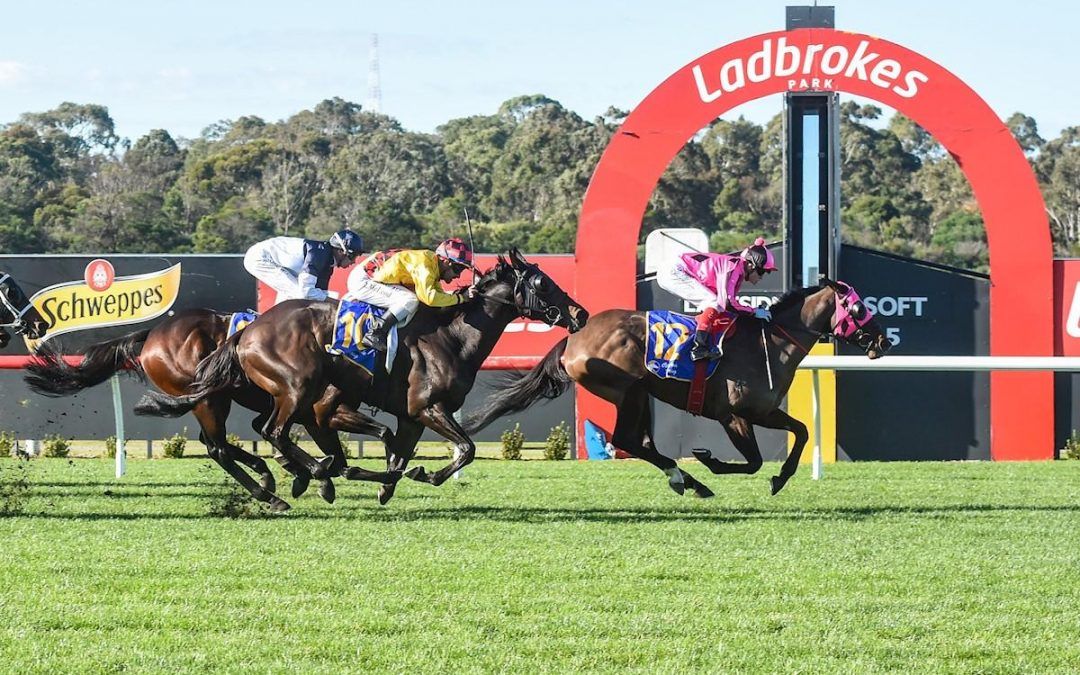 Emsley Lodge assistant trainer James Edwards admitted he had mid-race concerns before Minyinga charged home to claim her second city win for the year at Sandown on Wednesday.

The five-year-old mare normally races on the pace, but champion jockey Craig Williams avoided an early speed battle, settling her midfield and making a three-wide run from the 700m metres.

“That’s probably the furthest she’s got back for a while and in the back of my head I was thinking what I am going to say to Jamie (Edwards),” said James who was assigned the task of taking Minyinga to the races and saddling her up for the Clanbrooke Racing BM70 Hcp (1300m).

Minyinga ($4.60) entered the home straight four-wide and 2-1/2 lengths off the lead and put the race away after joining the three leaders near the 200 metres, easing up on the line to score by three quarters of a length from Reckoning ($14) and favourite Tavidance ($3.60).

Craig Williams has come to know Minyinga well since winning on her at Sandown in January and has partnered her in five of her last six starts since April for two seconds, a third and a fourth and now another win.

“Today Craig just let her roll into the race and with fitness on her side she was too good late,” James said.

Trainer Jamie Edwards said Minyinga, who is a home-bred, was a good testament to the benefits of being trained in a farm environment at Emsley Lodge.

“She had knee surgery probably two years ago and she has developed into a genuine mid-week city grade horse,” Jamie said.

“She’s been fantastic, and I don’t think our vet has even had to look at her this preparation.”

Minyinga has had 11 runs this campaign and her latest win boosted her career prizemoney to more than $150,000, making her a valuable broodmare prospect.

Bred by Peter Sandars, Janet Edwards, and the late Jim Mann, the daughter of Elzaam and Rue De L’amour, has raced 28 times for five wins, five seconds and three thirds, but her days as a broodmare are still a way off while she continues to race so consistently.