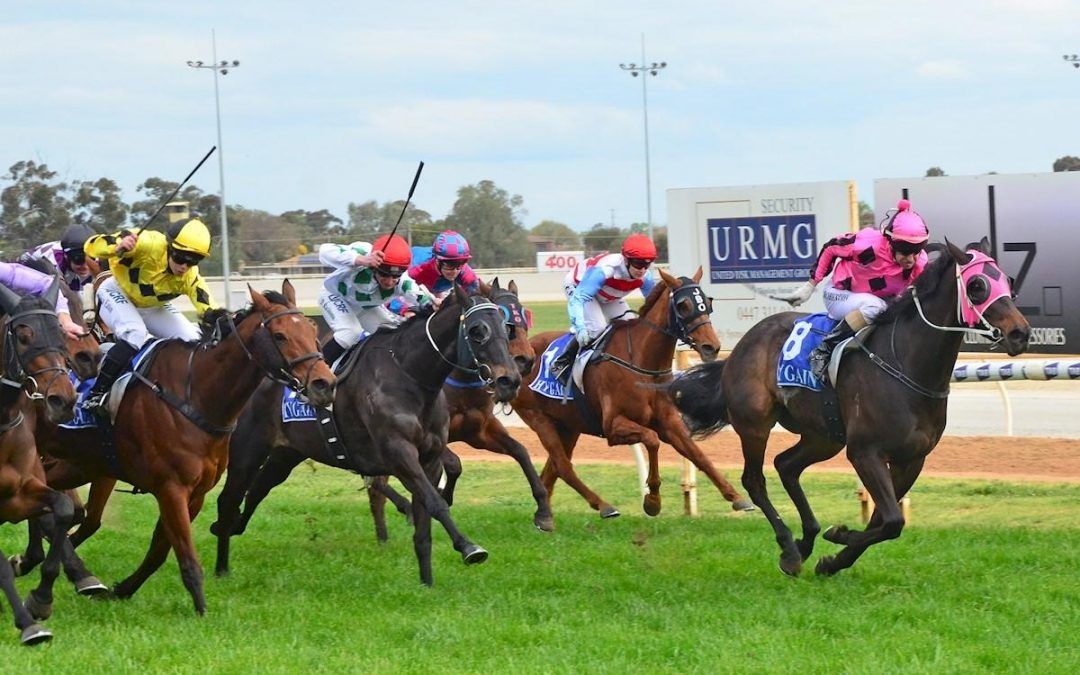 Jockey Craig Robertson rode to instructions, hunting from the barriers to lead on the gelding, who showed great tenacity to land the Manang Cup 14th Oct BM58 Hcp (2100m).

Welcome Stryker pressed Inastride for the first half of the race, then Quarry Rock took over the role as serial pest from the 1000m, but despite the pressure the son of Sakhee’s Secret appeared to enjoy his mission making the pace as he had done successfully twice before in New Zealand.

The battle heated up in the straight with Quarry Rock taking a narrow lead at the 300 metres but Inastride fought back courageously, putting his head in front passing the 200m and kicking a length clear at the 100m.

In the closing stages, the six-year-old held off a wall of horses to score in a photo finish from The Housemaid and Seulamont.

Until earlier this year, Inastride raced in New Zealand before long-time stable supporters Guy Lamperd and Tony Egan brought him across to Emsley Lodge.

Guy and Tony retained a majority holding in the gelding while a number of other Emsley Lodge clients also bought in to him.

“We continuously asked the jockeys to go forward from the start on the horse but for different reasons they found themselves back in the race.

“Craig was given strict instructions to be positive and the horse was very tough to the line.”

Inastride was backed from $71 to $13 early with Sportsbet and officially started at $26.

He is the second longshot winner for Emsley Lodge after Minyinga ($41) scored at Geelong last week.