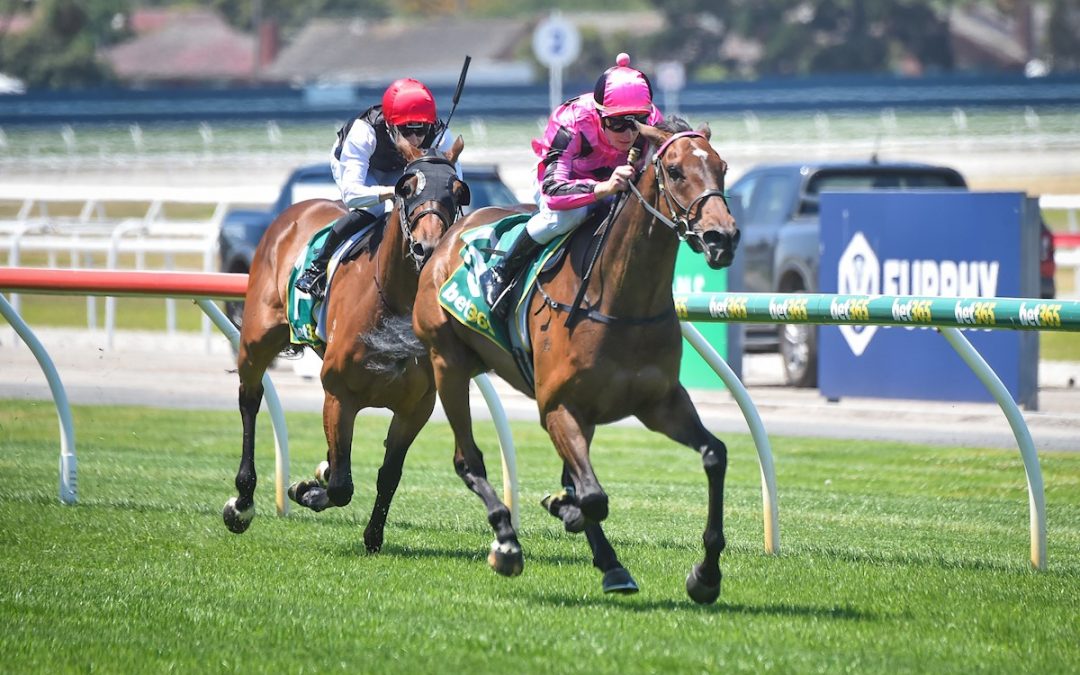 Promising stayer Reddivo delivered a belated Christmas gift for his connections when he posted a dominant maiden win at Geelong on Boxing Day.

Under sunny skies and in front of a large holiday crowd, the four-year-old settled much closer than usual and to the delight of favourite backers powered away over the last 200 metres to score by just over three lengths.

Jockey Jack Hill said Reddivo settled in a nice midfield position and worked through his gears from the 600 metres to finish full of running over the 2448 metres of the Jack Rabbit Winery Maiden Plate.

“I probably would have liked have got going a bit earlier, but I was in a pocket,” Jack said.

He said it was a blessing as Reddivo later copped a bump which focussed him on the task and sparked into action.

“He really picked up and went through his gears,” Jack said.

Reddivo has been a work in progress and getting him to a staying trip has been the key.

Monday’s race was his seventh race start and he flagged a win was very near with seconds at Geelong and Bendigo at his last two starts over 2400 metres.

“He’s had good preparation and learned so much,” trainer Jamie Edwards said.

He said Reddivo’s lead up runs highlighted the need for him to race closer and give him a real winning chance.

“We wanted to have him a midfield instead out the back and Jack rode him perfectly,” Jamie said.

Mid-race Reddivo ($3.10 fav) was five lengths off the lead with a good trail, and while hard ridden on the home turn, looked the winner soon after entering the straight.

The son of Redwood and Diva in Red has a good staying pedigree and he’s a full brother to Brisbane Group 3 Premier’s Cup winner and New Zealand Derby runner-up Rising Red.

While he has a way to go to reach Rising Red’s $400,000 career earnings, the post-Christmas celebrations were a deserving reward for Reddivo’s breeder John Carter and a large band of co-owners.