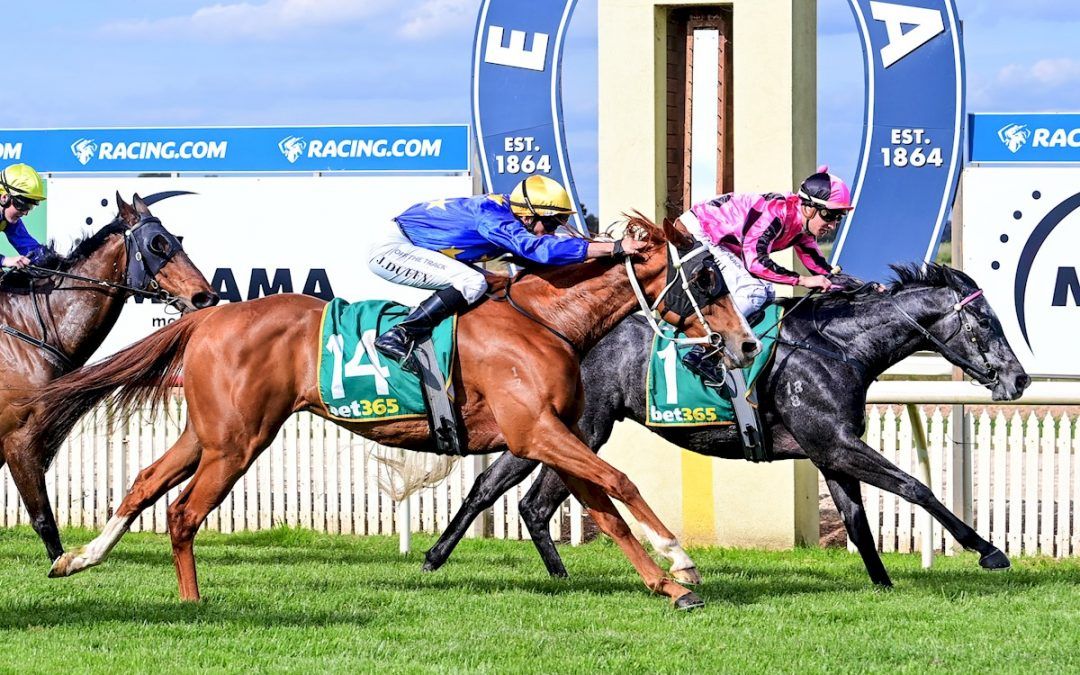 He struggles to get his head over the stable door but what Tori’s Dee lacks in size he makes up for in speed.

The little “pocket rocket” has weighed in at all five his starts and over his favourite distance posted his second win when he scored at Echuca on Tuesday.

“I wish I had a few more horses as honest as him, he just jumps and puts himself there.”

“he’s done all his racing on wet tracks before today so to produce like that on top of the ground for the first time gives you confidence for the future.”

Jockey Jack Hill is unbeaten on Tori’s Dee who also has a perfect record of two wins from as a many starts at Echuca.

Tori’s Dee won his debut at the track by 2-1/2 lengths as a late three-year-old and continues to improve with every run.

Jack describes the four-year-old as a “little professional” and noted his improvement since when he first won on him.

“From the time I won on him at his first start, he was a little professional and he has just grown up since then,” Jack said.

“There’s not much of him but he’s a quick horse, he’s tough and he wants to do it.”

At his previous start, ridden by Craig Williams, he finished third at Bendigo over 1100m and Craig recommended dropping back to 1000m would suit the speedster better.

An easing second favourite at $3.50, Tori’s Dee jumped well and settled outside the front runner Avid General before taking a narrow lead turning for home.

“At the top of the straight the leader rolled out a little bit and just took him off balance for a couple of strides but he picked himself up,” Jack said.

Jack said the winning margin could have been bigger as Tori’s Dee “still had a lot left in the tank” at the finish.

“He sort of clocked off late as he thought he had done his job, he was just waiting for something to come to him,” Jack said.

Owned by Robin Bowles, Tori’s Dee was a $14,000 weanling and is unlucky not to be a city winner after he raced wide and was narrowly beaten at Sandown at his second start, but no doubt he will get another chance.