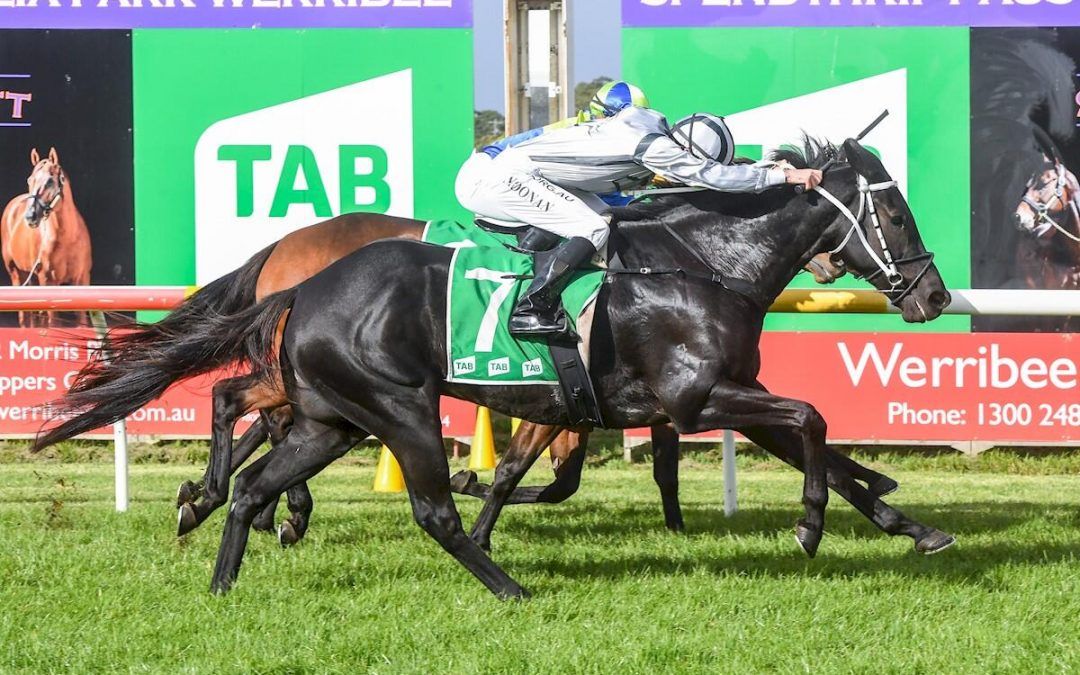 Part-owner Luke Maher will have an extra special reason to reflect on his wedding day thanks to in-form galloper Pantera Nera.

Only an hour before Luke was to wed Anna Simonsen on Saturday he took a moment to cheer home the Turffontein gelding who lunged late to score a narrow victory at Werribee.

The win was Pantera Nera’s first in nearly 18 months and could not have been more timely for the groom who texted his delight to trainer Jamie Edwards just before taking his vows.

Ridden by Jake Noonan, Pantera Nera settled further back than expected in the Spendthrift Australia 0-58 Hcp (1620m) before circling the field from the 600 metres.

He was three lengths behind at the 200m but was relentless, reaching the lead in the shadows of the post to win in a photo finish.

“I thought he might been closer in the run but he was nice and tough to the line and deserved the win,” Jamie said.

Pantera Nera, who is raced by a large contingent of owners, has started 26 times and his last win was over 1476 metres at Penshurst on Boxing Day in 2019. His other victory was at Donald in February 2019. He has also placed seven times and earned more than $67,000.

Jamie said the five-year-year-old was enjoying his best campaign for some time.

“He might get 2000 metres down the track but he likes to be fresh and the tempo of mile races suits him.”

“He’s also shown that he handles a bit of give in the ground which good heading into winter.”