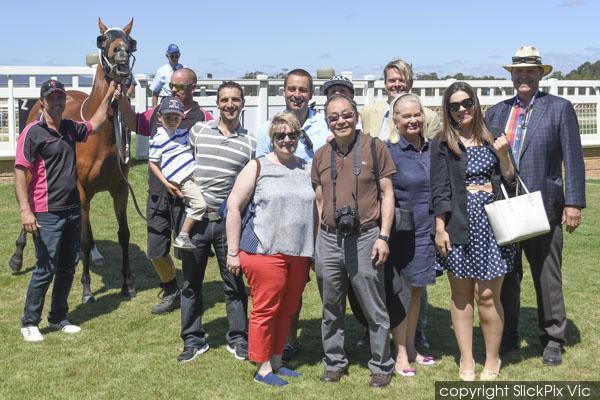 An overdue win at Yarra Valley on Saturday is set to slingshot talented three-year-old Eolande towards a stakes race tilt at the end of March.

Trainer Jamie Edwards said the Group Three Alexandria Stakes (1600m) under lights at Moonee Valley on March 24 would benchmark her for the future.

“If she is going to be a genuine city grade horse or stakes sort of three-year-old she really needs to be competitive in that race at the Valley,” Jamie said.

Eolande has always shown a heap of promise and competed against some of the best two-year-olds last season.

She was beaten in a photo finish when second to The Barrister in the Mornington Sires Produce Stakes (1500m) and finished midfield in the Group Two Sire Produce Stakes (1400m) at Flemington.

She only raced once in the spring and was having her seventh career start at Yarra Valley where she tarted $3.70 favourite and posted a 2-3/4 length win over Armageddon On and Quick Beers in the Zonzo Estate Maiden Plate (1212m).

Ridden by Dale Smith, Eolande had a nice trail in fifth place and swept up three-wide to take the lead on the home turn, before racing away in the home straight.

Jamie was hopeful of a big win at Yarra valley and Eolande didn’t disappoint.

“The most impressive part of the win was the way she closed out the race,” Jamie said.

“She really drew away and ran through the line, and took a fair bit of pulling up.

“It was only a 1200-metre maiden and I think she is going to be seen at her best at a mile plus. Potentially she is a good 2000-metre horse in the making.”

Plans are for Eolande to have her next start in a Fillies and Mares BM64 Hcp (1400m) at Pakenham on March 10.

“It’s a nice stepping stone before we throw her in the deep end at Moonee Valley two weeks later,” Jamie said.

Eolande is a daughter of Mossman and her dam is the  well-performed Celtic Bloom who was twice Group Three-placed to 1600m.