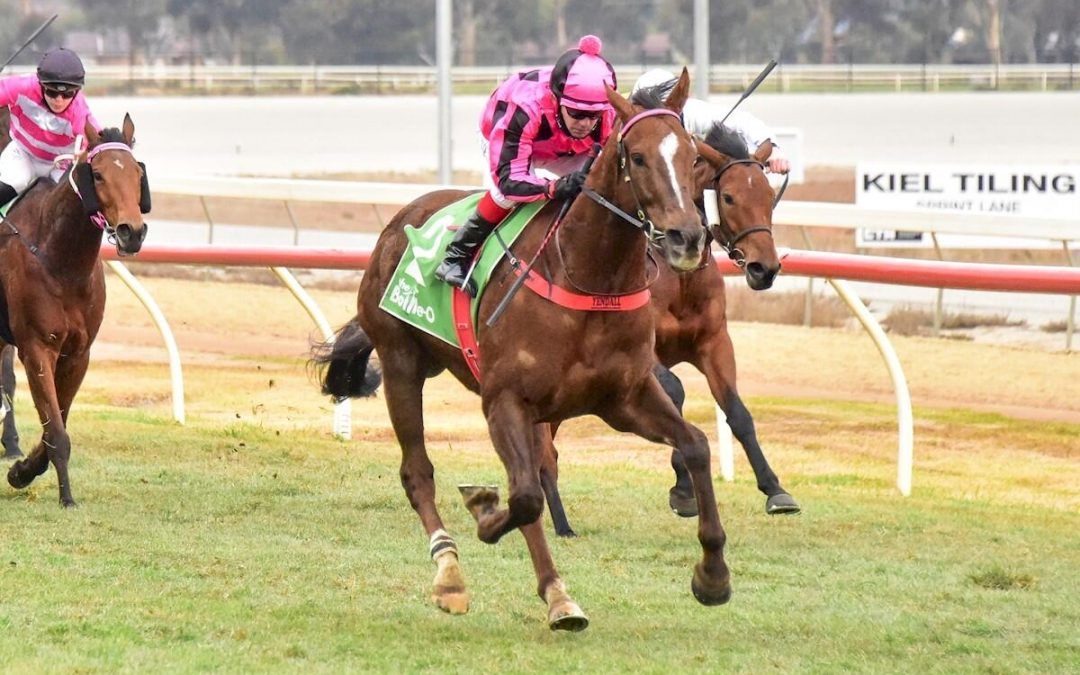 Prince Ziggy is one of the great success stories for Emsley Lodge.

The tough and honest seven-year-old posted his 10th career win when he landed the Tasco Petroleum Think Big Classic at Swan Hill on Sunday, and shot his career earnings past $400,000.

“He’s been a fantastic horse for the owners,” said trainer Jamie Edwards who bought the son of Monaco Consul at the 2015 Inglis Classic Yearling Sale.

“Not many horses win 10 races and that much prizemoney – he’s been a beauty.”

It took some time work out Prince Ziggy’s preferred on-pace racing style, but he has been an amazing performer for the stable since winning his maiden as a four-year-old at his 10th race start on August 1st 2017.

As a five-year-old he won six of his 15 starts including the Ballan and Stony Creek Cups and placed another six times to be one of the most prolific winners in Victoria in the 2018-19 season.

He won another two races as a six-year-old including the Traralgon Cup which was his last success before the decision was made to try him at 2400 metres over the Queen’s Birthday weekend.

“He needed to get back to winning races and we just thought the time was right to try him over a real staying trip,” Jamie said.

The plan was to run over 2400 metres at Sandown on Saturday, but a decision was made on Friday afternoon to scratch and run at Swan Hill the next day over the same distance in a much smaller field.

“I have no doubt Ziggy would have run a great race at Sandown, but he was obviously a better winning chance was Swan Hill,” Jamie said.

Former New Zealander and favourite Vee Cece ($2.70) led the Think Big field on the home turn but Prince Ziggy, who enjoyed a lovely run one out and one back in the seven-horse field, was in hot pursuit.

Prince Ziggy was Dean Yendall’s fourth of five winners for the day.

“He was a pleasure to ride,” Dean said after the race. “He was a bit of doubt at the distance, but he travelled super the whole way and ran it out strongly.”

Jamie said the key was getting Prince Ziggy racing near the pace which he had been unable to do lately in the slightly shorter trips and where there was more pressure heading to the first turn.

Jamie said Ziggy was unplaced over 2400 metres as a four-year-old at the end of a campaign but was now older and more mature.

“He was ready for a peak run this campaign and we were confident that if he ran the trip he would win.”

“Now we know he can run 2400 metres it opens up a lot of doors for him coming into winter,” Jamie said.

Prince Ziggy is the fifth horse to win 10 or more races for the stable.

Sand Belt and Straight Legs (12 wins) have won the most ahead of Severn Road (11 wins), while brilliant galloper Sertorius also won 10 races.