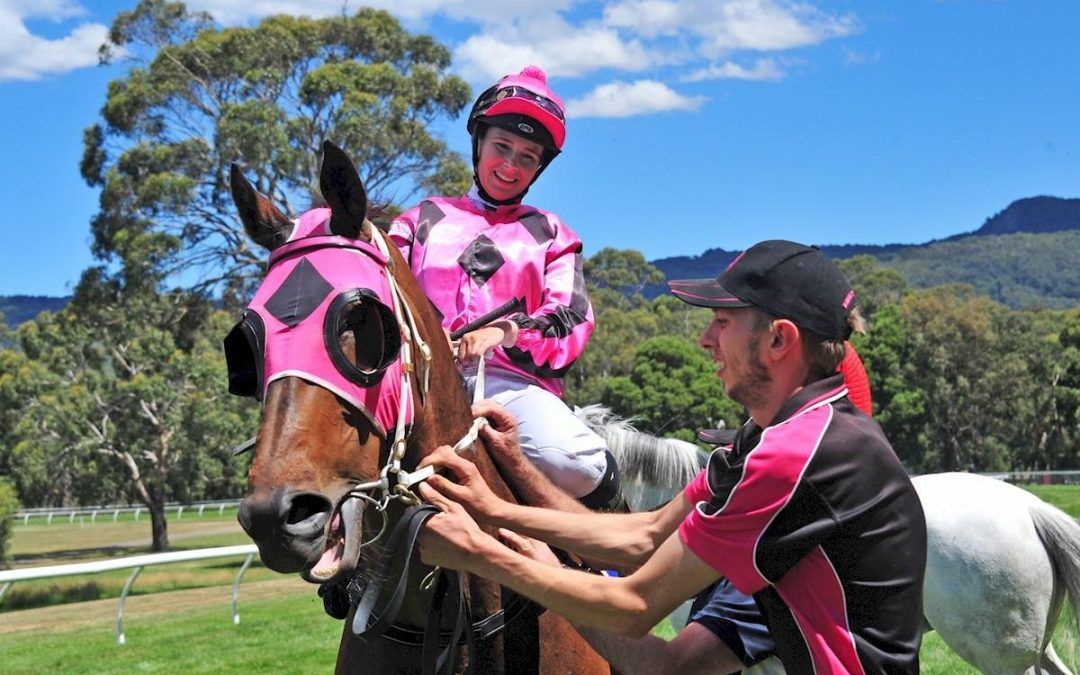 Former stable apprentice Georgie Cartwright successfully reunited with 10-year-old Marcello’s Sonata who led all the way for an upset win at Hanging Rock on Monday.

It was a great way to start the New Year for the stable with the veteran gelding pushing forward from the outside gate and controlling the race after taking an early lead in the Ray White Real Estate Romsey BM52 Hcp (1800m).

One of the outsiders at $13, Marcello’s Sonata held out the favourite Midas Man to score by a head with Tortured Poet nearly four lengths away third.

Stablehands Luke “Stretch” Schultink and Lenny Andrews were trusted with the Hanging Rock assignment and Luke could not contain his excitement when he rang trainer Jamie Edwards, who was at Flemington races, to tell him of Marcello’s Sonata win.

It was Luke’s first-time saddling up on race-day for the stable and he gave Georgie her riding instructions after putting ear muffs on the horse to help settle him down before he went out on the track.

“It was a great thrill for Luke,” Jamie said. “He was very, very excited.”

The victory also held much sentiment for Georgie who owes a lot to Marcello’s Sonata after Jamie brought him out of retirement nearly two years ago to help her learn to race ride.

She has ridden him eight times but had not been on his back since finishing fourth at Geelong in June 2016.

Now a winner of four of his 25 starts, Marcello’s Sonata is incredibly lightly raced for a 10-year-old.

A bowed tendon prevented him from racing until he was a late five-year-old and he retired as a seven-year-old in September 2014.

Despite having a limited career, Marcello’s Sonata still might go down in the record books with Thoroughbred Breeders Victoria (TBV) suggesting that is the first ever Hanging Rock winner for world-class sire Galileo.

TBV tweeted: “The 1st ever winner for international sire superstar Galileo at Hanging Rock? Perhaps it is the Jamie Edwards-trained 10YO MARCELLO’S SONATA who won yesterday at the famed Macedon Ranges track. He was bred by Mt Moriac’s Wayne Jennings…”