Manu the King of Kyneton after easy win 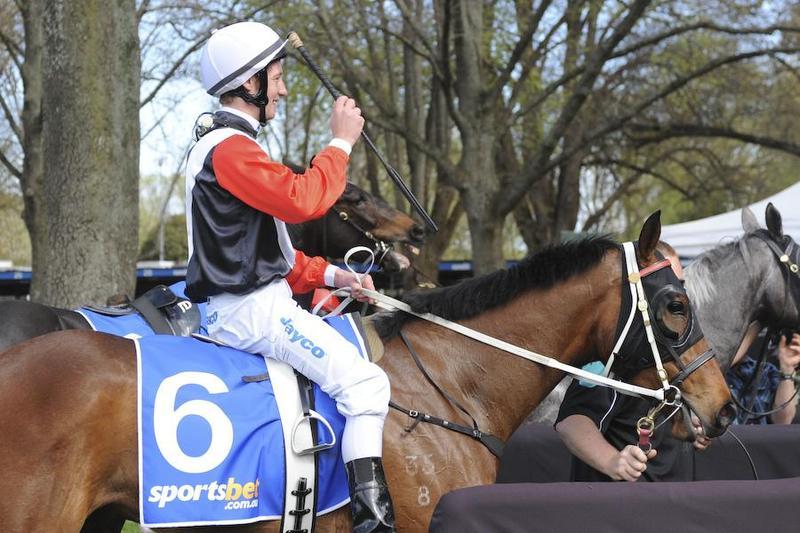 Staying prospect King Manu has brought up the first victory of his career in terrific fashion with his success in the Piper Street Hotel Maiden Plate (1875m) at Kyneton.

King Manu is a son of New Zealand stallion Darci Brahma out of a Sadler’s Wells mare. The gelding showed plenty of staying promise in his first five runs before his comfortable Kyneton success.

Co-trainers Jamie Edwards and Bruce Elkington have adopted a patient approach to the early stages of King Manu’s career, which was typified by the fact the gelding had only two starts as a late three-year-old before beginning his four-year-old season.

King Manu showed his potential with solid placings at Echuca and Geelong before stepping out in the $15,000 race at Kyneton.

Jack Hill took the reins on King Manu again at Kyneton with the blinkers helping the lightly-raced prospect to take a good position behind the leaders for most of the race.

King Manu had the leaders covered a long way out but Hill remained patient, waiting until the 400 to produce his mount for his winning run.

King Manu sprinted quickly when asked to shut his rivals out of the event before striding away to record a decisive two-length success at just his sixth start.

In his post race interview Jack thanked Jamie for the ride, a great 22nd  Birthday present.

Kevin Elkington (Bruce's brother) purchased  King Manu at the 2010 NZB Premier Yearling sale at Karaka. The gelding has now returned $13,500 after his latest success but further riches await him.