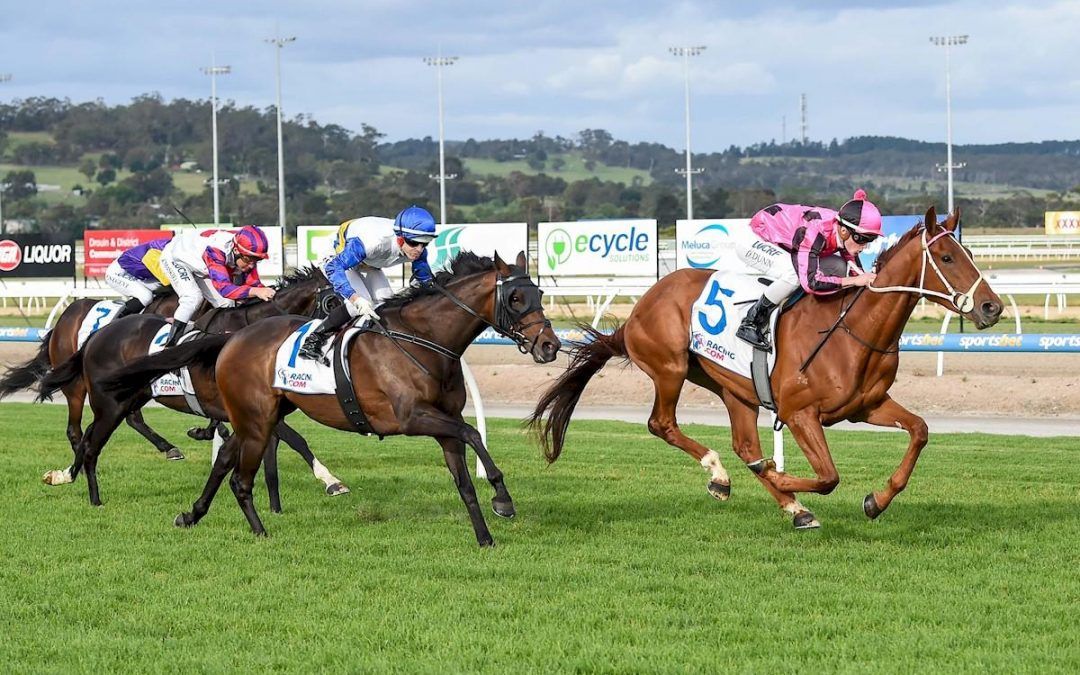 The late Jim Mann would have been immensely proud when the three-year-old named in his honour saluted at Pakenham on Thursday night.

One of the three founders of Emsley Lodge, Jim passed away last May and, Mannza, among many horses that he bred, is a tribute to him.

Emsley Lodge co-founder and a friend of Jim’s for decades Peter Sandars said Mannza was the 16thhome-bred winner for Emsley Lodge.

“We have had 16 horses get to the races and all of them have won,” Peter said.

“It was an emotional win and no doubt Jim was urging Mannza on from above.”

Mannza was Jim Mann‘s nickname from his days playing at the Footscray Cricket club and the moniker stuck with him through his time as a club administrator and later in life.

Members of the Footscray Cricket Club are among Mannza’s owners.

Peter said Jim was renowned for having “$50 on the nose” and was once famously quoted as saying “we have stuffed up the science of breeding and statistics because we don’t know what we’re doing, although people think we do.”

Ridden by Dylan Dunn, the gelding was given a perfect ride from Dylan Dunn to score a three-quarter length victory in the Evergreen Turf Maiden Plate (2000m).

Trainer Jamie Edwards said Mannza’s win was very special in the context of how much Jim Mann meant to Emsley Lodge.

“Hopefully this horse can really go on and honour Jim,” Jamie said.

He said Mannza was still a way off from realising his potential and he has hopes of him contesting some nice three-year-old staying races in the autumn.

“Even today when he got to the front, he didn’t know what he was doing but the fact that as a spring three-year-old he has beaten older horses shows he has plenty of upside.”

Mannza, who has only raced four times, was heavily backed to $3.30 favourite at Pakenham after a close up third over 1450m when resuming at Kyneton and a 1-1/4 length second over 1700m at Warrnambool.

“He’s done a very good job this prep and has earned a break now before the autumn,” Jamie said.