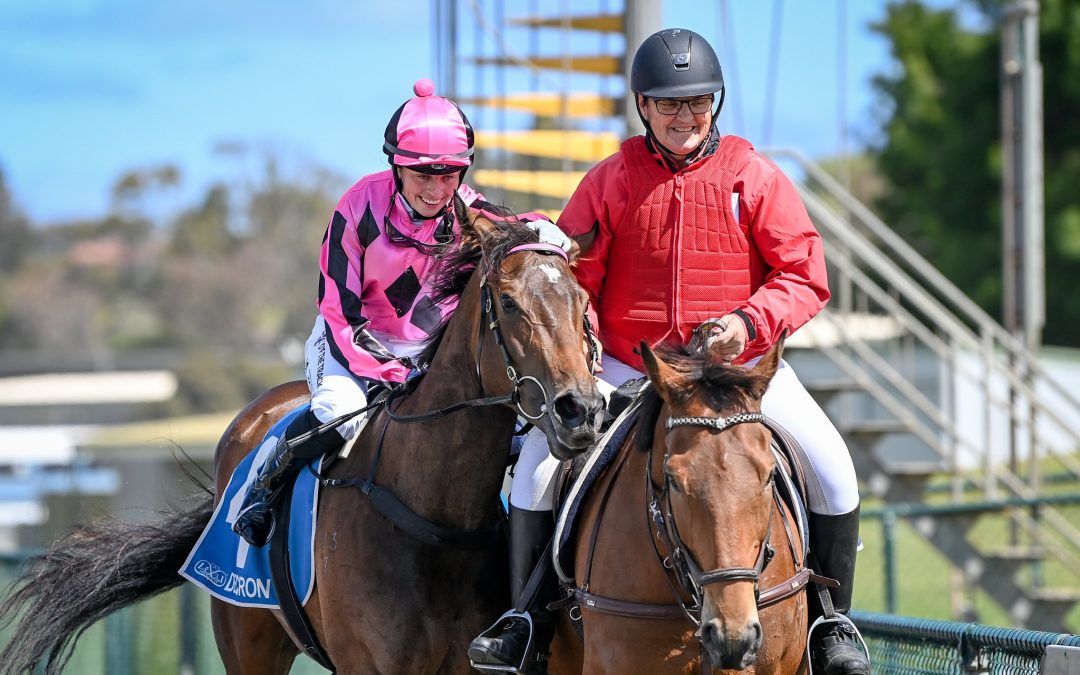 Jamie Edwards was full of praise for stable apprentice Maddi Price after she posted her first race win on Grable at Warrnambool on Thursday.

It was a dream come true for the 20-year-old who was having only her fifth race ride in the Western District Agricentre Fillies and Mares BM58 Hcp (1100m).

“I couldn’t believe when I crossed the line and got my head in front,” Maddi said.

“I was over the moon. I was speechless to be honest.

“I have dreamt of this day and now it’s finally here.”

Maddi rode the perfect race on the Grable and improvised when her planned riding tactics to sit outside the leader went out the window early when there was more in the race than expected.

Remarkably Maddi resisted the temptation to use the whip on Grable who she booted home under hands and heels riding to the delight of Jamie and a band of supporters who on the course.

“I told her to sit outside the leader but there was too much speed, so she sat one out one back and notice she didn’t pull the stick,” Jamie said proudly.

“She sat down and rode it out hands and heels as she was taught to. Perfect.”

“This is a great result for her, and she has worked hard for it.

“She’s not from a racing family and has learned everything from scratch.

“Not too many kids would hit the front like she did today and then not give the horse a tap around the saddle, but she listened.”

With a beaming smile after the victory Maddi said she was hoping the win would lead to more opportunities,

She had her first ever race ride on Young Douro at Bendigo on November 25, but Grable was her best winning chance to date at $4.80 second favourite.

On the home turn Maddi hooked out three-wide on Grable to make her run and the gallant mare responded strongly to her urgings, hitting the front 150m from home to score by a length from Ardanza ($26) and favourite It’s Classified ($3.30).

Grable has the pedigree to be a stayer being a half-sister to stable mate and tough middle distance campaigner Prince Ziggy but her future looks to be as a sprinter.

She’s had six starts and both her wins have been at Warrnambool over 1200m and 1100m.