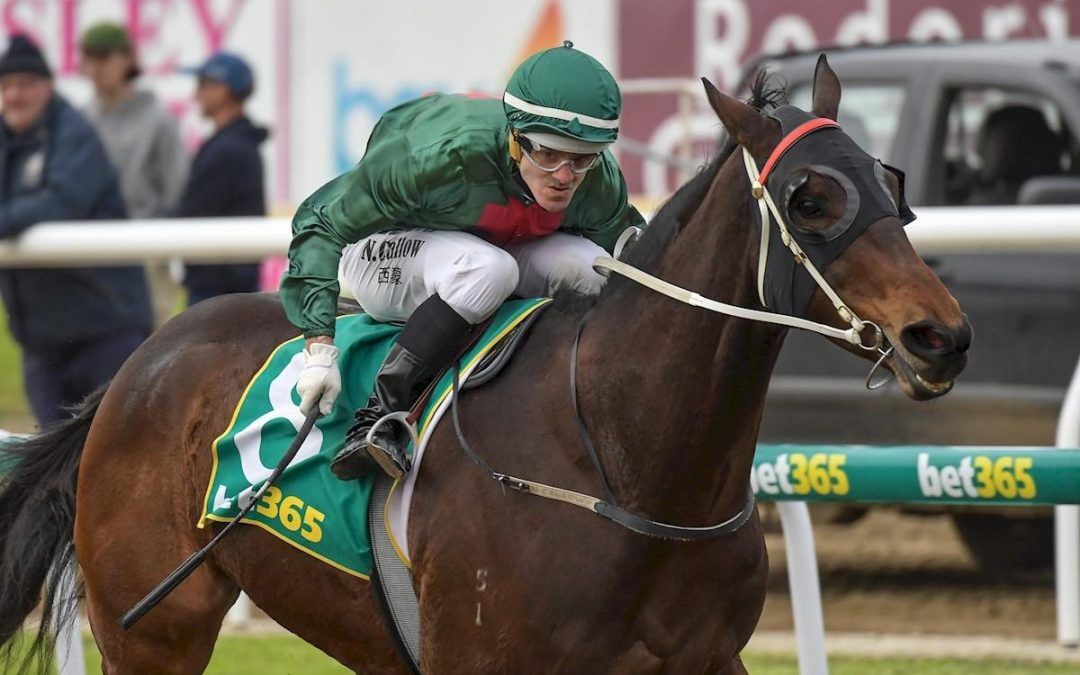 Five-year-old Macrobius enhanced his good synthetic track record when he led all the way at Geelong on Friday.

The Dylan Thomas gelding dictated terms with a 1-1/2 length lead through the middle stages of the Prestige Jayco BM64 Hcp (1900m) before answering a home straight challenge from the emerging Lindsay Park galloper Mutin to score by a length.

Trainer Jamie Edwards welcomed the win after a tough week which marked the passing of Emsley Lodge co-founder Jim Mann.

Jamie said Callow, a long-time friend, redeemed himself on Macrobius after “murdering” him at his previous start when he couldn’t finish off after working too hard from a wide barrier.

“Noel’s first words when he came back were,” I murdered that, didn’t I?” Jamie recalled.

“He was about six deep going out of the straight and pressed on to lead, but today showed how amazing the difference a barrier makes.”

Macrobius jumped from barrier four and looked the winner a long way from home.

He has now won twice and placed seven times from 14 runs on synthetic tracks.

Owned by his breeder Mike Palmer, his overall record stands at three wins and nine placings from 27 runs.

“He’s a beauty on the synthetic tracks,” Jamie said.

Macrobius will now be aimed at the synthetic stayers’ series which he competed well in last year.