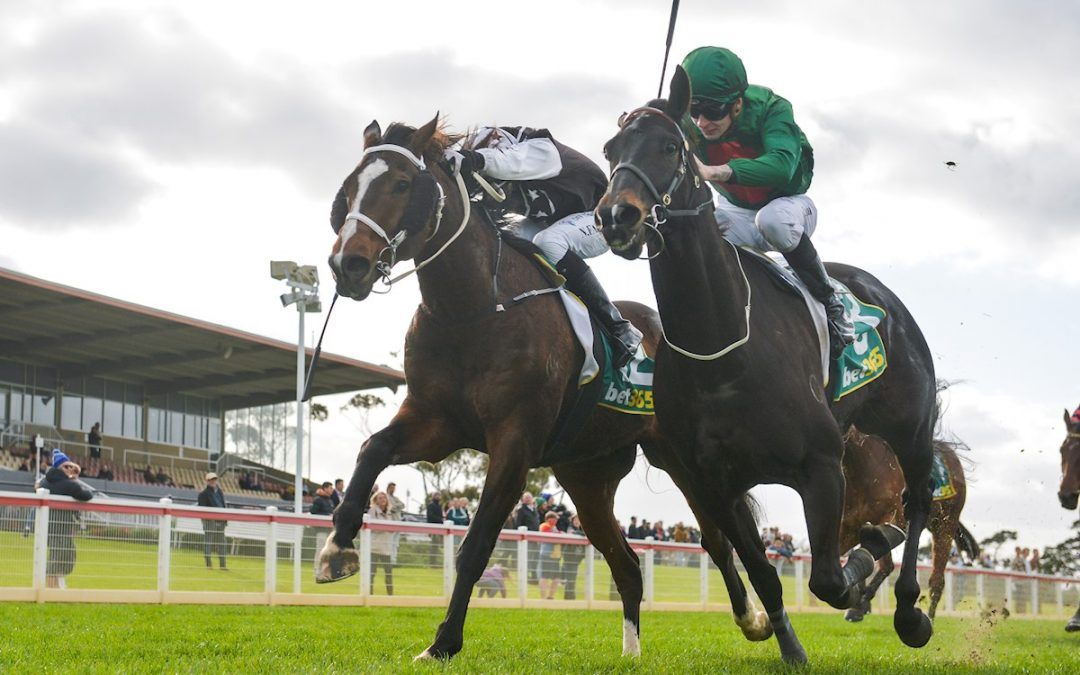 Persistence and patience were rewarded when Lorenzetti completed a remarkable comeback with a hard-fought win at Geelong on Friday.

“Full credit to his owner Mike Palmer who has been so patient on what has been a long and at times frustrating journey.”

Lorenzetti was off the scene for 13 months with his first tendon injury after winning over 2400m at Sandown in January 2020 and then after placing twice at Moonee Valley at his two starts in his following campaign suffered a second tendon tear in February last year.

“It was incredibly disappointing for everyone when did another tendon,” Jamie said.

“Most owners would have packed it in but Mike (Palmer) has been great and stuck by Zetti and trusted us with getting him right.”

Ridden by Zac Spain, Lorenzetti ($4) coasted along in second place behind the heavily backed Poleaxed ($6) before taking the lead early in the home straight and knuckling down to a stride for stride battle with Silence the Stars ($26) over the last 200 metres.

After being clearly headed passing the 150 metres, Lorenzetti tenaciously fought back in the closing stages to get his head in front and score in photo finish, drawing the admiration of his jockey.

“He was extremely tough,” Zac said. “The other horse probably got a neck in front of us but my bloke was strong all the way through the line and I think if we went another 100 metres we put a fair margin on it (Silence The Stars).”

Zac said Lorenzetti relished the give in the track and felt great throughout the race.”

“I think the owners are in for some exciting times with him.”