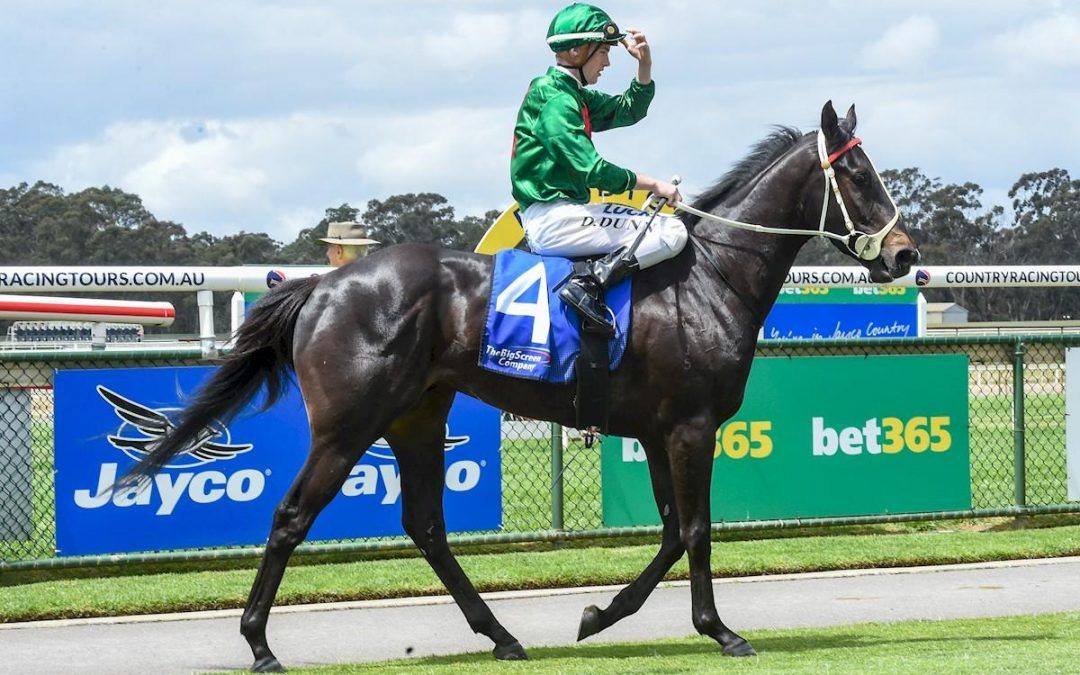 Hats off to owner Mike Palmer after his little dynamo Lorenzetti posted a gutsy maiden win at Bendigo on Caulfield Cup Day.

The lightly raced gelding raced wide without cover most of the way and after taking a narrow lead early in the home straight fought on tenaciously, edging to his biggest lead of a half-length on the line in the Big Screen Company 3YO Maiden Plate (1600m).

“It was a tough win,” trainer Jamie Edwards said.

“He was there to be beaten but he just kept finding.”

Lorenzetti has always impressed the stable and he is the latest success story for Mike Palmer who bred him from his bonny mare Lerichi who was bought as a yearling for just $6000 in New Zealand.

Lerichi won at Geelong but her career was cut short because of a heart issue and the daughter of Savabeel went to stud in 2014 after just 12 starts.

Ironically, pony-sized Lorenzetti showed great heart in his Bendigo win which comes after suffering more than his fair share of misfortune in his five starts.

At his debut he lost his rider when he another horse took his running soon after the start at Ballarat in April and first up this campaign, he motored home after being blasted by the kickback on the Geelong synthetic.

A four-wide run at Benalla ruined his chances last start but Jamie was optimistic Lorenzetti could turn things around at Bendigo despite again drawing an outside barrier.

“I thought we had him spot on for Bendigo,” Jamie said.

“The only concern was the wide gate, but Dylan Dunn rode him like the best horse in race and made it a true test.”

Lorenzetti was a length off three-wide in third place at the 600m and improved to second on the turn before challenging strongly early in the home straight.

Queen La Diva was up for the fight when Lorenzetti headed her approaching the 250 metres and in the closing stages proved too strong for The Mallee Mob which got up for second in a photo finish.