Long term plans key to success and the future 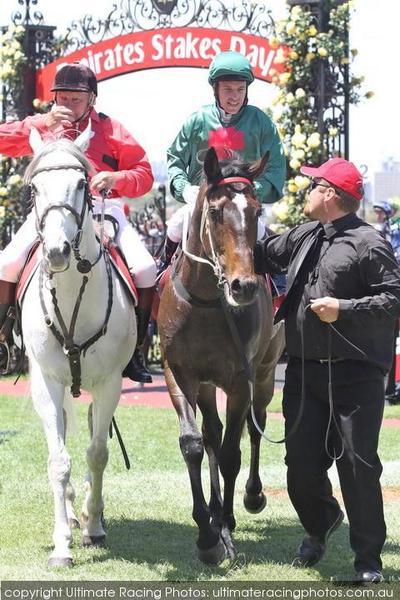 A headline horse, an emotion charged win, unexpected successes, and the emergence of the stable apprentice as a force in the country riding ranks were among the highlights of a near record season for the Edwards-Elkington team.
Not since the partnership was first formed six years ago has the stable enjoyed such a level of success.
The team posted its 27th win when Severn Road scored at Swan Hill on July 29, which more than doubled last year’s result when the stable went through the process of adjusting to new training strategies and laying the foundations for the future at its new base Emsley Lodge.
Only once has had the stable had more winners – 30 wins (2008), and significantly this year it prided itself on a healthy strike rate of 14.59 percent which was 11th best of the top 40 trainers in the state.
More than 41 per cent of runners finished in the top three and more than 62 percent in the top five.

While Severn Road won four races for the season, it was the Mike Palmer-owned Sertorius who captured the imagination of the racing public with five wins a row last season and put the stable in the spotlight.
The talented son of Galileo generates much excitement and heads into this spring on the back of his remarkable development as a Group race performer.
He gave the stable its biggest win of the season landing the Sale Cup in October last year and won over 2000 metres on the last day of the Flemington carnival.
By design he had only one run in the autumn and finished a gallant second in the Group Three Victoria Handicap (1400m) at Caulfield.
The journey continues next month when Sertorius is scheduled to kick off his spring campaign in the Bobbie Lewis Quality at Flemington ahead of his chief target, the Group One Toorak Hcp (1600m) at Caulfield in October.

Severn Road did not reach the height’s of Sertorius but his four wins are worthy of mention.
Stable apprentice Josh Cartwright built  a good record on the son of Al Maher, winning on him three times during the season, including at Swan Hill, and the gelding helped him to win the Victorian Country Apprentice’s premiership with 47 wins.
Josh was also part of an especially memorable moment for the stable when he rode Empire Of Stone to an emotion-charged win at Geelong on July 9.
Only days earlier the then Empire Of Stone’s managing part-owner and former Geelong champion defender Tim “Bluey” McGrath announced he was fighting a stage three melanoma.
Empire Of Stone gave “Bluey” a timely tonic when he finally delivered a maiden win at his 16th start to the delight of everyone, including Geelong premiership midfielder Allen Christensen who is a partner in the horse and celebrated his first winner.
The same day, the lightly raced filly They Call Me Bolt, gave the stable a double at Geelong winning her second race for the stable since being bought for $30,000 as a tried horse.
The daughter of Gonski has been a shining light for Emsley Lodge partners Peter Sandars and Jim Mann, who celebrated nine stable wins during the season.
They Call Me Bolt is proving a bargain – only once has she missed a place in eight starts for the stable, with her progressing to Saturday city class with a last start third at Flemington on July 20.

But not all stable winners were obvious choices.
The stable hoped the synthetic track would improve Mossailey after he got bogged down at his  previous run at Ballarat, but he took many by surprise when he won at $31 in record time over 1300 metres at Geelong on April 19.
Josh Cartwright rode Mossailey and also another $31 long shot winner Une Momento, who had tested the patience of her owners with her immaturity,  before landing her maiden at Werribee on July 19 .
The win left part-owner Yvonne Hickenbotham speechless, and as the mare had taken so long to get the races she had dubbed her “Sleeping Beauty”

Another “beauty” in the stable had a promising start to her racing career for long-time stable clients Domenic Romanelli and Melbourne Racing Club treasurer Brodie Arnhold.
Sleek Beauty was a luckless second on debut but won her next start at Bendigo on June 27 and hopes are that she will develop into a late spring mare.
Domenic and Brodie also had success with stablemate Gaelstorm, winning successive races at Cranbourne and Geelong in December.

The stable is always looking to the future and there is a band of unraced young horses– two and three-year-olds – bought at yearling sales over the last two years – to watch out for in the coming months.
“They are some of the nicest horses we have ever had and we are really excited about their prospects,” Jamie said.

Finally Jamie and Bruce would like to invite all their owners to help celebrate the past 12 months at the  Geelong Racehorse of the Year Awards at the Geelong Racing Club on Thursday September 12.
Contact Janet as soon as possible for details and tickets to  this gala night presented by Geelong Thoroughbred Club.