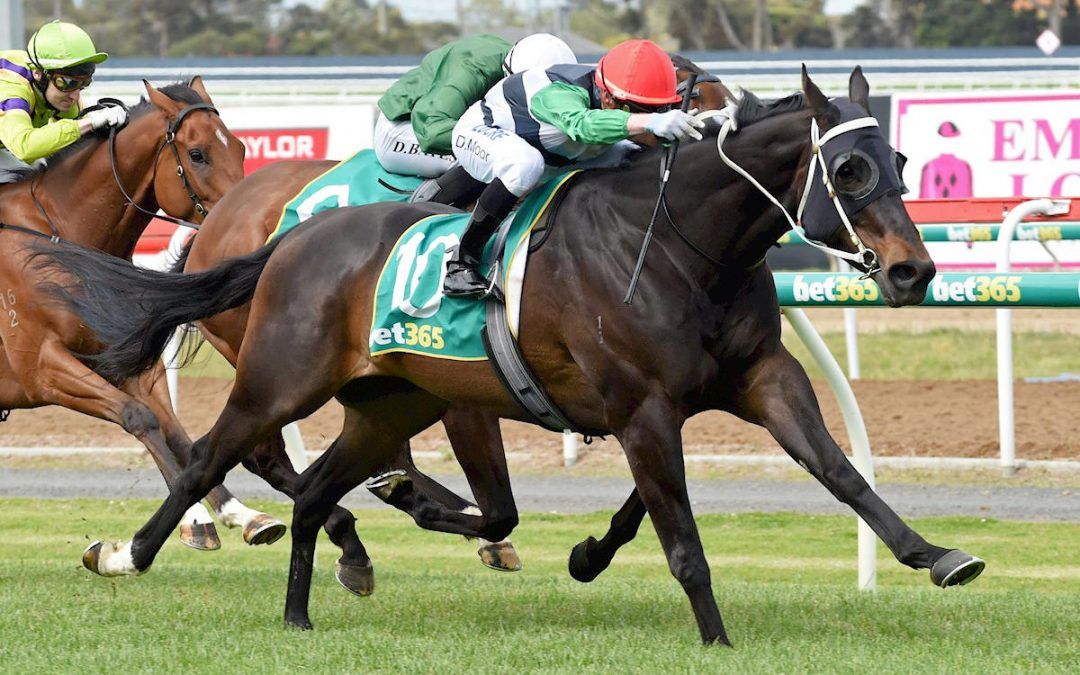 The party rolls on for the connections of London Fog with the gelding posting a stunning upset win in the Ballan Cup at Geelong on Saturday.

Just a month after being voted Geelong’s Racehorse of the Year, the five-year-old shocked punters with a dogged second up victory over 1500 metres.

Starting at $21, the son of Econsul had a dream run, a couple of lengths behind the leaders, before responding to Daniel Moor’s vigorous riding in the home straight and scoring by a half-length from the two favourites Orient Line ($4.20) and Flying Light ($3.80).

Last season London Fog won four races including twice on city tracks, but he had no luck first up at Bendigo where he was beaten only three lengths, finishing eighth after being trapped wide all the way.

Trainer Jamie Edwards said the rise in distance from 1300m to 1500 metres combined with an inside barrier and a drop from 58kg to 54kg worked in his favour at Geelong.

“He had a few muscle problems and a foot abscess so we have trained him a fair bit fresher which is something he seems to be enjoying,” Jamie said.

“He has been sprinting better than I have seen him sprint and we will keep doing what we are doing with him until he is 100 per cent over his issues, then get him out to 2000m.”

Daniel Moor has partnered London Fog to two of his five wins and the association is set to continue.

“The horse does seem to go very well for Daniel,” Jamie said. “He’s a horse with an awkward action but Daniel keeps him nice and balanced, and gets the best out of him.”