Kaptain too “kool” at “Bool” 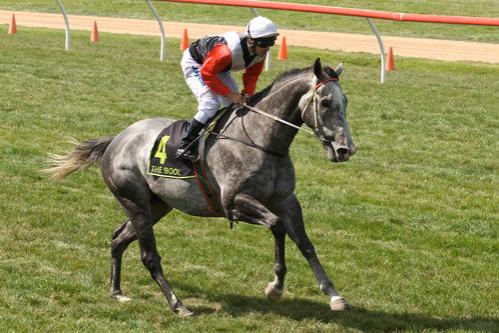 It was great to see Kaptain Kosmos take out the "Northpoint Liquor" Handicap over 1100m at very juicy odds at Warrnambool yesterday.The 5YO son of Viscount out of the unraced mare On Cosmos  having his 11th start showed good early pace for Ryan Maloney before setting wide around the pack to take an easy lead. He drew clear to salute by an impressive 2.3L, with plenty in hand.

Jamie co-trainer of the grey gelding was questioned in the post race interview about the improved performance but said the horse who had plenty of ability had  a history of unsoundness . At his first start back he did not appreciate the firm track and hence was unplaced . He stated that the horse had been working well over the past week and with the track conditions expected him to show an improved performance.

Kaptain Kosmos is raced and bred by Alan and Barb Green – Congratulations "Greeny & Barb on the win.