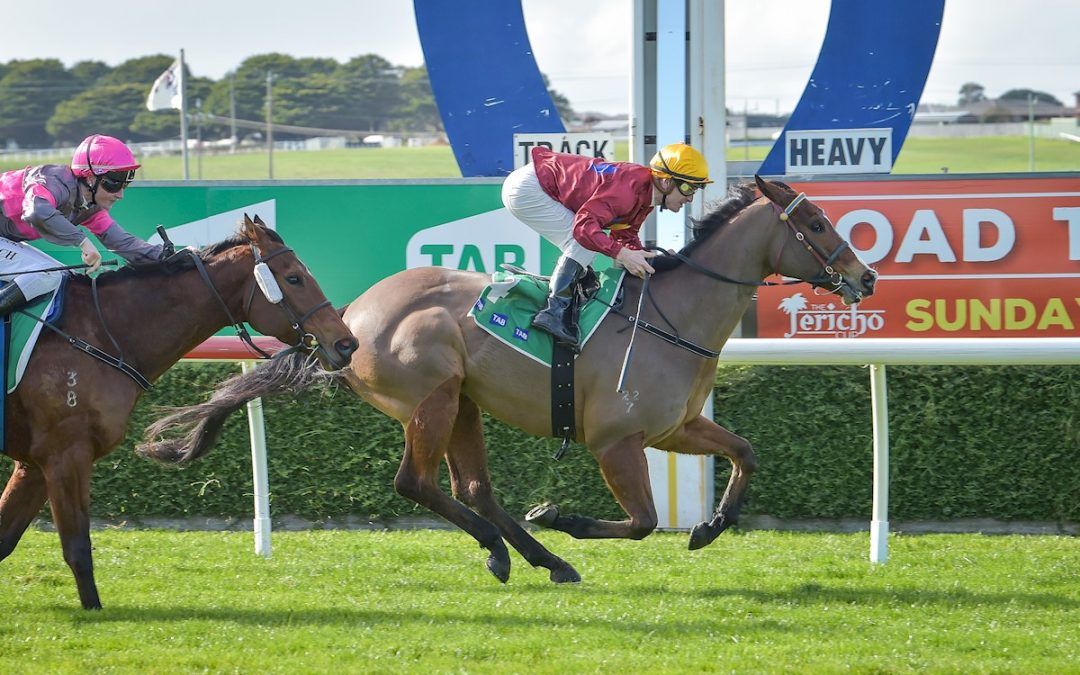 Lightly raced four-year-old Come Along Jeffrey posted a well-deserved maiden win when he led all the way in the mud to score at Warrnambool on Monday.

The son of Super One provided an “easy watch” for owner Brian O’Dwyer as he coasted in the lead to the turn before setting up a winning break early in the straight.

Ridden by Jarrod Fry, Come Along Jeffrey ($2.15) relished the heavy 10 conditions and kept running strongly to the line to beat the fast-finishing favourite Armstrong Bay ($1.70) by nearly a length in the TAB Maiden Plate. Harry’s Girl ($31) finished seven lengths away third in the six-horse field.

Come Along Jeffrey has had six of his seven starts since joining Emsley Lodge a year ago and last campaign was placed two of his four runs including a second to Morphettville winner and Flemington-placed Mask Up.

Trainer Jamie Edwards said the gelding had benefited significantly from his last preparation and was now a lot easier to train.

“Last preparation he was doing everything wrong, and we put him through a tough schooling and he’s come back better for it,” Jamie said.

“He’s now a lot more professional and it is starting to pay dividends.

“He was good first up when third at Geelong last month and he’s gone on from there to beat what I think is a pretty handy horse today.”

Brian O’Dwyer has been a long-standing supporter of the stable and Jamie was feeling for him when Come Along Jefferey was racing so well without winning.

Among Brian’s past winners with the stable are Honeywine, Gambeson, and Mutanaaseq while notably he’s a partner in Prince Ziggy who has won 11 races.

Jarrod Fry suggested Brian is set to have plenty of fun with Come Along Jeffrey who is expects has more improvement to come.

“He did a nice job today but he’s still a bit immature,” Jarrod said.

“He got a bit lost out there on his own but he jumped really well, gave a good kick, and won comprehensively in the end.”