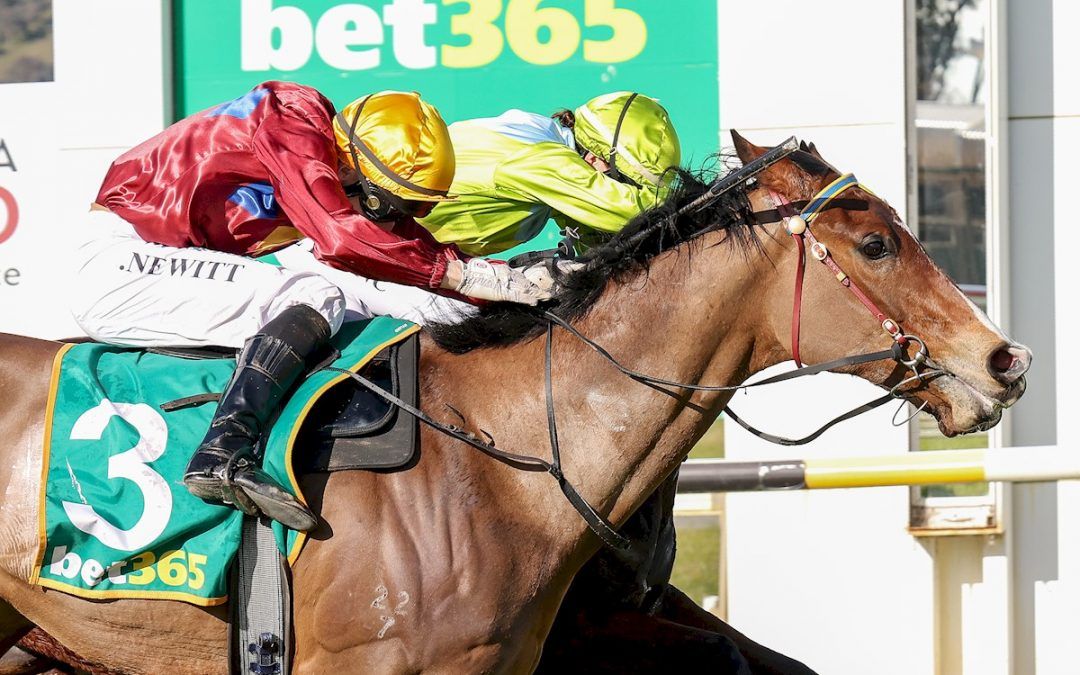 Emsley Lodge’s recent run of success has continued with Come Along Jeffrey posting a last stride win at Wodonga on Monday.

The in-form five-year-old was the stable’s seventh winner since July 1 and third in a week after Blow In, who won at Geelong in mid-August, scored at Sandown last Wednesday and Minyinga won at Geelong yesterday (Sunday).

Come Along Jeffrey has placed at his four runs this campaign, including a maiden win at Warrnambool on July 18 and the stable was confident he would go close after his last start third at Geelong.

Backed into $4 equal favourite in the North East Forklifts BM58 Hcp (1100m) at Wodonga, the son of Super One settled three-wide, three lengths off the lead in fourth place and despite the tough run chased strongly in the home straight.

The $19 outsider Noble Nightowl tried to pinch the race early and led by two lengths at the 600 metres on the soft 7 track but Come Along Jeffrey, ridden by Craig Newitt, turned for home in hot pursuit and lunged on the line to score in a photo. Co-favourite Side Bet finished nearly two lengths away third.

Owned by Brian O’Dwyer, Come Along Jeffrey has only missed a place twice in his nine starts but has furnished this campaign into a big, strong, and more mature sprinter.

“He has certainly come back a better horse this preparation as he did quite a few things wrong early in his career,” trainer Jamie Edwards said.

“This prep his work on the track has been great and he’s now starting to put it all together in his races.

“He led all the way for a very good maiden win at Warrnambool and there was plenty of depth in the race at Geelong at his following start when was in worst part of the track and still finished third.

“Today he was always travelling well and I loved the way he really attacked the line after racing wide.”