If At First gets on a roll 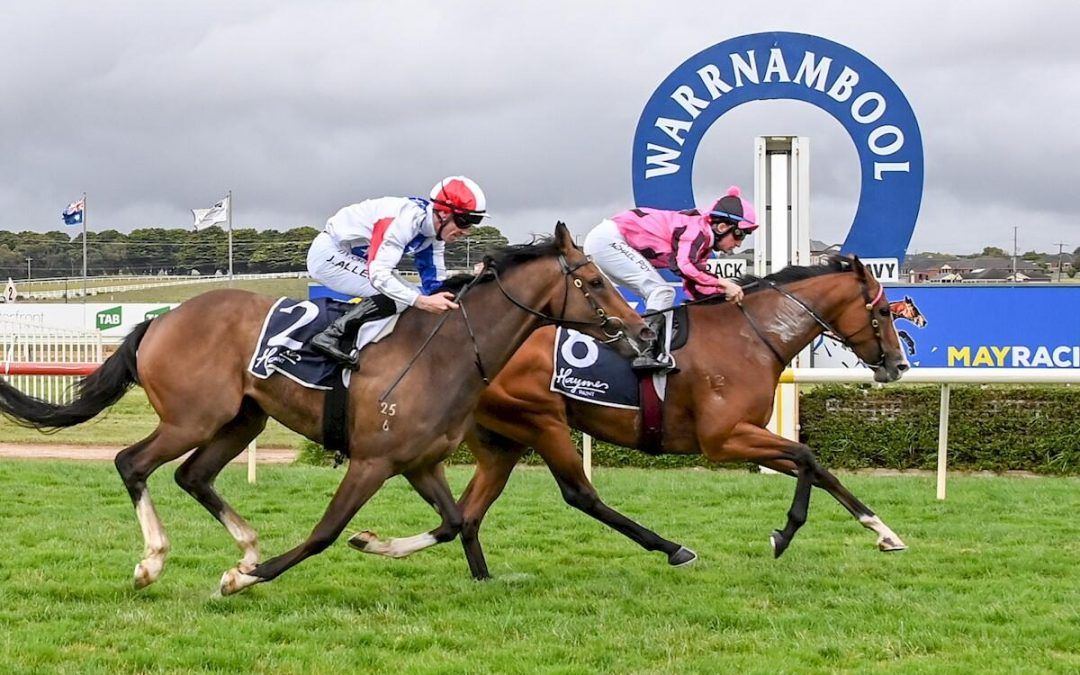 Jockey Michael Poy landed a consolation win at Warrnambool on If At First just minutes before watching talented stayer Good Idea, which he had ridden in recent runs, win the Adelaide Cup.

Michael partnered Good Idea at the gelding’s last four starts but missed the Cup mount after Ben Thompson had been promised the ride 12 months ago after finishing second on the gelding in the Morphettville feature.

If At First was the longest priced of Michael’s three rides at Warrnambool on Monday and was his only winner, leading all the way in the Dwyer Legal Class 1 (1700m).

The Choisir mare pushed forward from a wide barrier and crossed ahead of the odds-on favourite Mystery Island who raced on her outside all the way.

Turning for home, If At First still had a narrow lead over the Japanese-bred four-year-old who was under the whip, and she fought on tenaciously to the line to score by a long neck, with a 4-1/4 length gap to the rest.

Despite her impressive last start maiden win at Pakenham, punters shunned If At First with her easing from $12 to $17.

“I couldn’t believe she was that price,” trainer Jamie Edwards said.

“When she won over 1400 metres at Pakenham running away, I couldn’t wait to get her over more ground and lead which is her go.

“She’d probably had enough late and rolled out a little bit in the closing stages, but she was tough and will only get better with racing.”

The five-year-old is the older half-sister to last year’s VRC Derby winner Johnny Get Angry and started her racing career in New Zealand a year ago before suffering a hind fetlock injury.

Owned by Greg Perry’s Greenwich Stud Pty Ltd, she placed twice in seven starts in New Zealand before resuming her career at Emsley Lodge and winning  two of her three runs for her new stable.

Jamie is keen to find longer races for If At First who he says is a natural front runner.

“She’s a nice front running mare and I can’t wait to see her against her own sex over 2000 metres,” Jamie said.