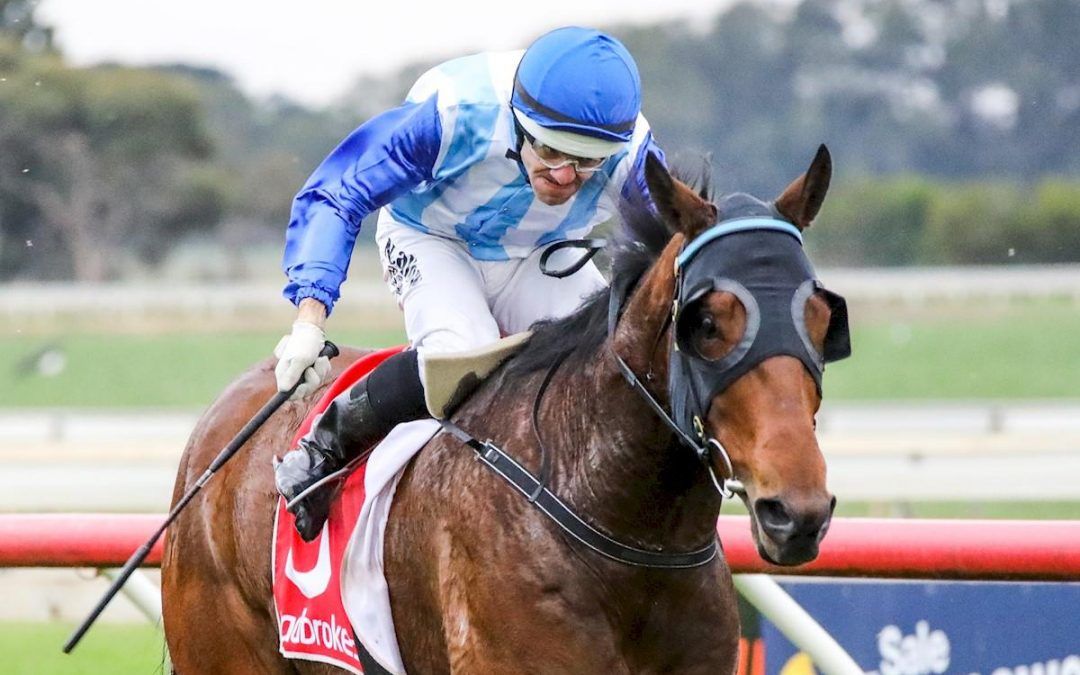 A roar of encouragement from jockey Noel Callow broke the silence on an empty racecourse when he drove Humzz to a dominant win at Sale on Tuesday.

With the ban on crowds during the Covid-19 restrictions, Noel’s screaming could be clearly heard as he put away the whip to prevent the son of Moshe rolling in up the straight in the Get Your Flu Shot BM64 Hcp (1006m).

Humzz led from barrier to post, racing at least three horses off the rail, which was a no-go zone during the day.

Noel told trainer Jamie Edwards after the race that Humzz had plenty to offer in the home straight but was concerned when the gelding wanted roll towards the fence when put under the whip.

“I gave him a slap (with the whip) and he wanted to roll to the fence so I just started screaming at him,” Noel told trainer Jamie Edwards after the race.

“It was strange as all you could hear was one jockey screaming at his horse and it was Noel,” Jamie said.

“It worked and he (Humzz) just kept running.”

Between victories Humzz had raced nine times, finishing second four times and third once and remarkably was been beaten less than a length on four occasions.

“He hasn’t been far away since his last win at Pakenham in August last year and he just needed another win,” Jamie said.

“He benefited from his first-up run at Pakenham (beaten 2.8 lengths) last month and hopefully he can hold his form now.

“He has a terrific group of passionate owners and all being well he might go back to Sale in two weeks where there is an identical race for him.”